Stage are actually based in Belgium but their ukuleles are made in china. Their US10 soprano ukulele has been one of the best selling ukuleles on Amazon UK for a long time now. Typically their ukuleles start right at the bottom in terms of pricing (anywhere from around £20/$30) with some of their more recent models going up to around the $200 mark.

It’s difficult to get a gauge on whether Stagg ukuleles are any good or not. With the US10 being a very popular ukulele there are plenty of Amazon reviews but you have to take these with a pinch of salt. Many of the reviewers have never played a ukulele before and have no frame of reference. There are even a few that score their reviews as one star because it doesn’t stay in tune! 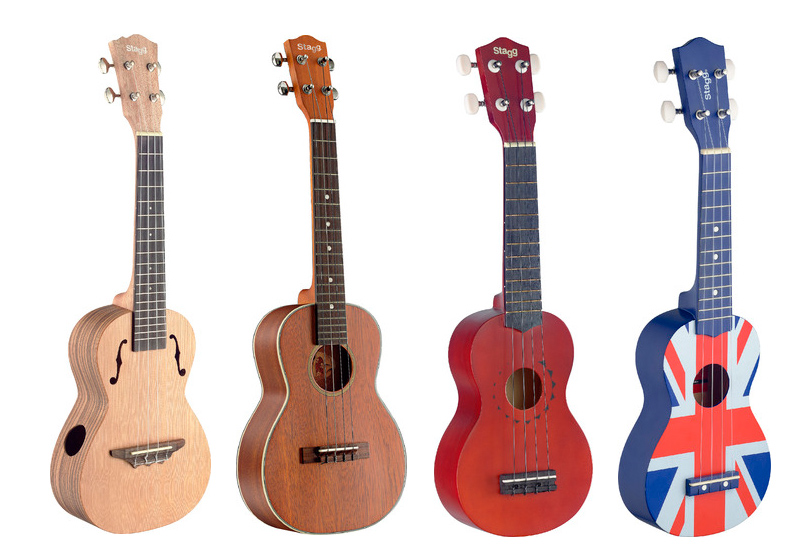 For the large part Stagg make laminate ukuleles although there are a few in the range that offer solid tops. Similarly some of their ukuleles are strung with Aquila strings but those at the lower price points are definitely not with many reviews citing them as quite poor in quality.

Having never played a Stagg ukulele I can’t say I’d recommend them but based on what I’ve read around the internet it wouldn’t be a brand that I’d be jumping at if I were looking for an entry level ukulele. In Kala/Makala and Lanikai I think there are better alternatives.