I’ve just launched a web tool to help you find ukulele chords that sound great together.

I don’t know about you but sometimes I can be strumming around on my ukulele and playing a few chords and I don’t know which chord to play next. I’ll try something but it might not sound quite right.

When I first found out about the circle of fifths it seemed to solve this problem. I had a chart at my fingertips which helped me to find chords that just worked together. The only problem was, I didn’t always know how to play those chords so I’d have to look them up. It wasn’t the end of the world but it kind of killed the fluidity of my playing having to search for chord diagrams each time I encountered a chord I didn’t know. 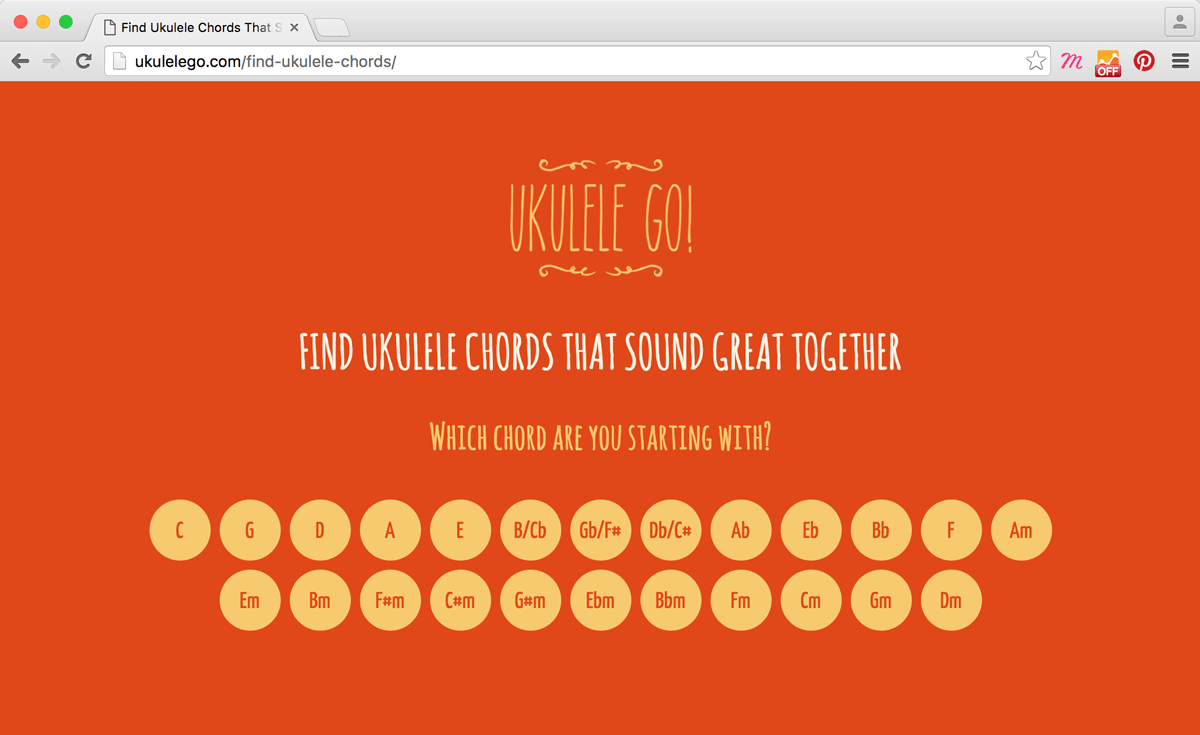 That’s why I built the Find Ukulele Chords tool. You simply pick your starting chord and it will give you 6 chords that sound great when played together. Obviously it’s just a starting point, you can always throw other chords into the mix  but it should give you a good starting point and also introduce you to a few new chords. It should work pretty well on your mobile too, so if you’re nowhere near a computer when you’re playing you’re good to go.

The fingerings have been included and this is something that I’ve thought about. Really I’ve used the fingerings for the chords the way I like to play them, don’t feel bound to my way though – however it works best for you is the best way to play them.

I’m still making improvements and I’ve had some great suggestions so far, some of which I’ve already implemented and some that will be added pretty soon so if you have any ideas, let me know!

9 thoughts on “Find Ukulele Chords That Sound Great Together”