So you’ve got a ukulele, you know a few songs but wait a minute, you don’t even know how to say it? How embarrassing. Don’t worry, you’re not alone, almost everyone says it wrong (myself included).

Ukulele as a word is generally associated with Hawaii and roughly translates as jumping flea in Hawaiian. The ukulele is of Portuguese descent though and was adopted by Hawaiians and becoming a huge part of their culture.

Spare me the history lesson, what’s the correct ukulele pronunciation? 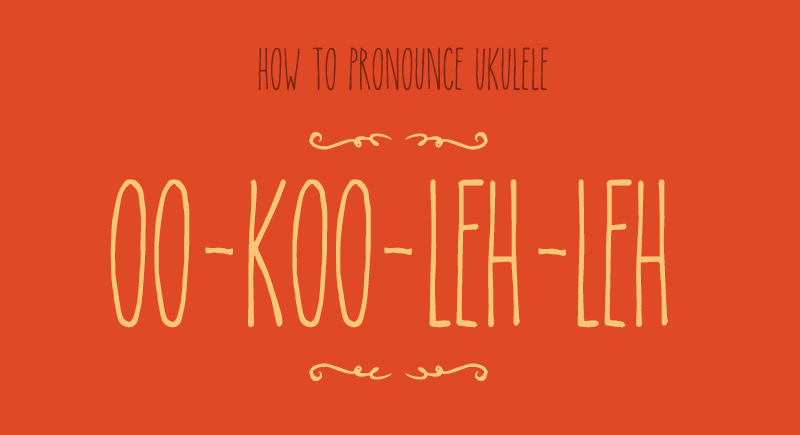 Well, most people pronounce it this way… you-kuh-lay-ley which is wrong. The actual pronunciation should be oo-koo-leh-leh. That’s all well and good, but if you say it that way most people will look at you like you’re more than a little crazy and will then go on to (incorrectly) correct you. For that reason I’m sticking with the wrong way for now.

It’s a bit like the word Paris. You wouldn’t say I’m going on holiday to Pah-ree*. It sounds weird and you’d look like a fool but we all know that’s the actual way to say it.

*I’ve seen Kanye West saying it this exact way before (not in person, I don’t know him) but there’s definitely a lesson to be had there. You wouldn’t take advice from a man that got the Romans confused with the Spartans now would you?

3 thoughts on “How To Pronounce Ukulele”