Is this the start of a little bit of UAS (Ukulele Acquisition Syndrome) for me? I’m now the proud owner of a second ukulele – a lovely little Lanikai Soprano TunaUke (pineapple) in Mahogany. I’ve had this uke for a few weeks now, so here’s my thoughts and a few pics too…

Let’s start by saying this is a laminate soprano uke that retails at around $120. I’ve put the price in dollars as they’re actually pretty hard to get your hands on if you’re in the UK (priced at around £70), although not impossible. Jump to the end of the review if you want to find out how to get one. 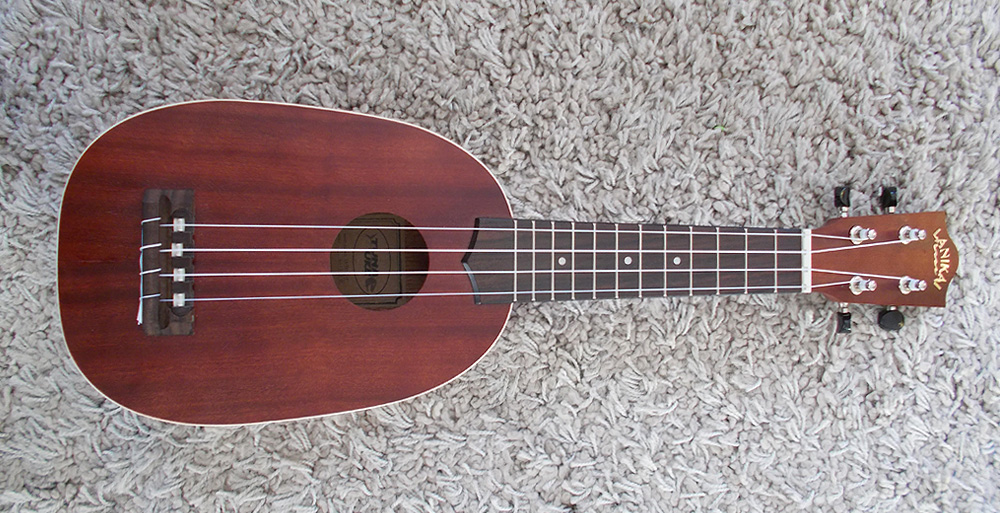 It’s quite a pretty little thing, and it feels good in your hands. It’s got a nice weight, not too heavy, not too light and the weight is distributed quite nicely so it doesn’t feel lopsided (unlike my Peavey). The mahogany I think suits the pineapple shape really well, the colour and shape compliment each other nicely. The rosewood bridge and fretboard further add to this. Overall it’s very impressively finished, mine is basically flawless even on close inspection. 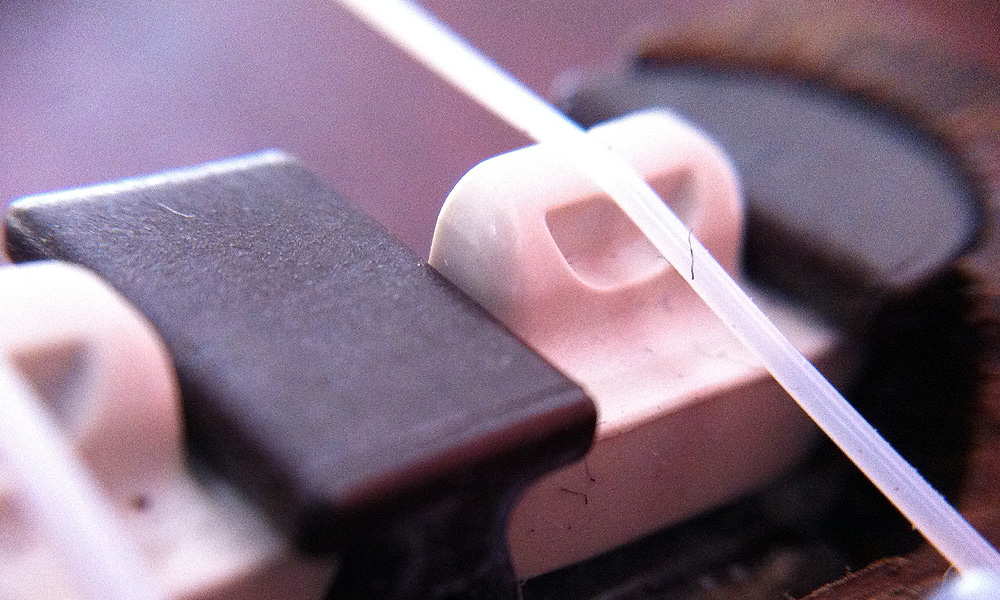 Enough about that, what on earth is a TunaUke?

This ukulele is called a TunaUke as it has a couple of features that you don’t often see elsewhere (if at all). Firstly it has a compensated nut, and secondly it has 4 individual saddles that are independently adjustable. If this seems a bit unusual to you, think of it like an electric guitar. Why I hear you asking? Well, typically ukuleles at the cheaper end of the scale suffer from intonation problems. Meaning that even when they’re perfectly in tune they can sound drastically out of tune on certain chords, particularly when you’re playing further up the neck.

The individual saddles essentially allow you to shorten or lengthen the strings as necessary to counter any intonation issues that you might encounter – and you can do this without any tools. It’s a system that is exclusive to Lanikai that I’m told was developed in cooperation with Ernie Ball. Now I’ll be quite honest here, the idea of messing around with a saddle to make the uke sound better terrifies me. This is a man that can turn putting up an ikea shelf into a whole day job and still end up with half a wall missing. So something as delicately poised as a musical instrument is a scary prospect for me. 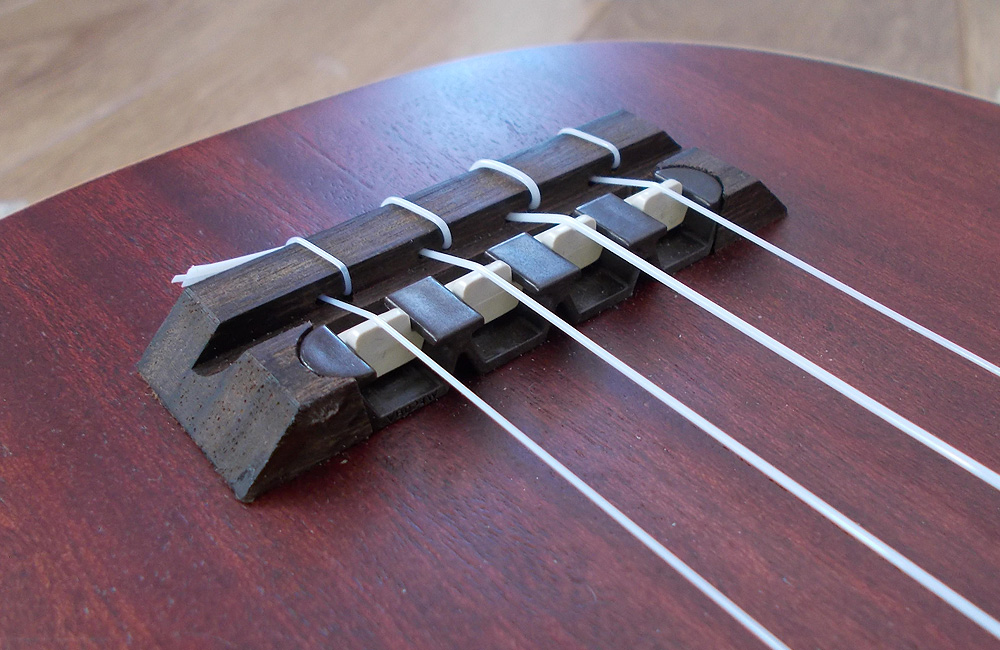 All that said, I was pleasantly surprised when I actually got chance to take a good look at the saddles, they’re not actually that terrifying at all. 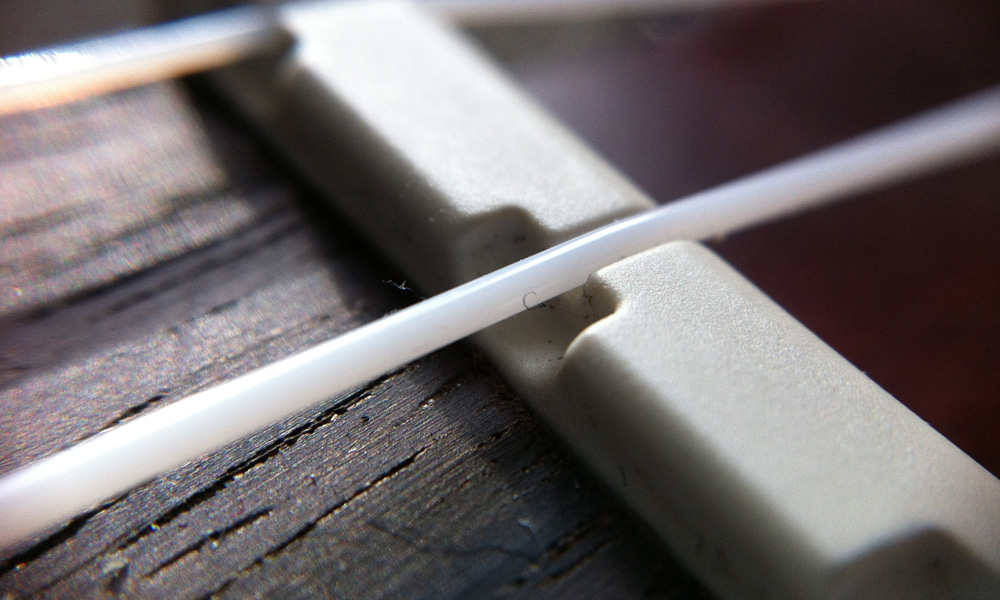 It’s all well and good looking pretty, but sooner or later it’s going to come down to the sound. Overall it has a pretty appealing sound, it’s not overly bright, quite punchy and actually pretty loud. It can be a little boxy but it’s a laminate soprano and that’s pretty much par for the course. When I’ve compared it to other similarly priced laminate sopranos it wins out in terms of tone. I’ve found the sustain to be a little short for my liking but if it comes down to sustain or intonation I’ll take the latter. 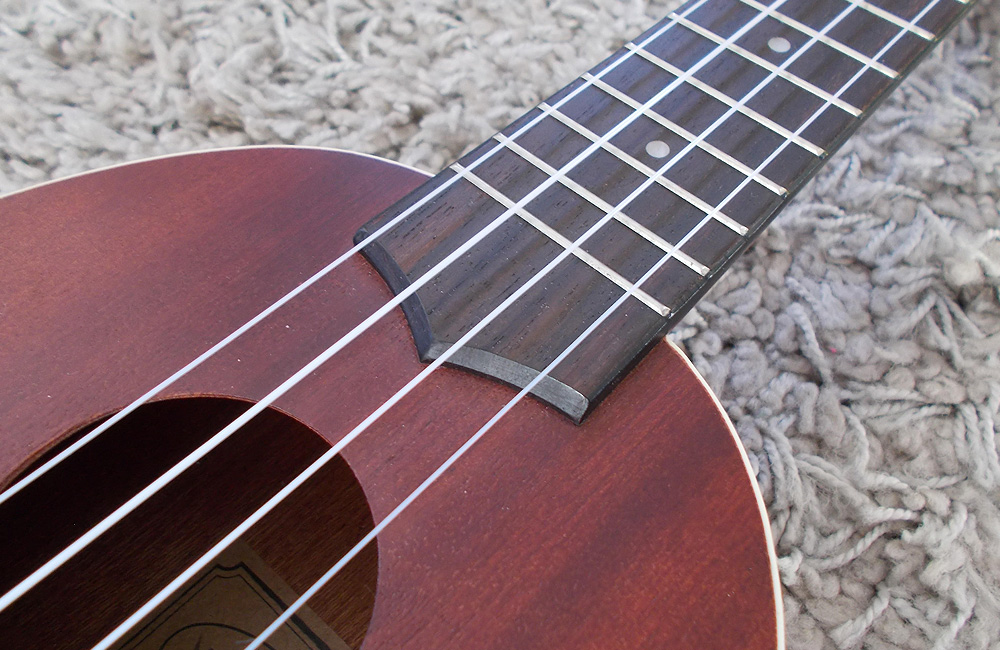 On the intonation, once the Aquila strings that came on it had settled down, the intonation is pretty much bang on. I was sort of a little disappointed by this with as I wanted to have a play with the saddles!

With the intonation in pretty good shape I still wanted to mess around with the saddles a bit so I watched a couple of videos on YouTube showing the process. It looked simple enough so I thought I’d give it a try. I ended up using my the technique from the booklet that came with the uke which was to simply lift the string in question out of the saddle and push it to the side. I then used a teaspoon (well I am English after all) to shift the saddle and popped the string back on. It was a total breeze. Just be careful not to trap the string alongside the saddle if you’re using this method – you don’t want to get any nicks in your strings. 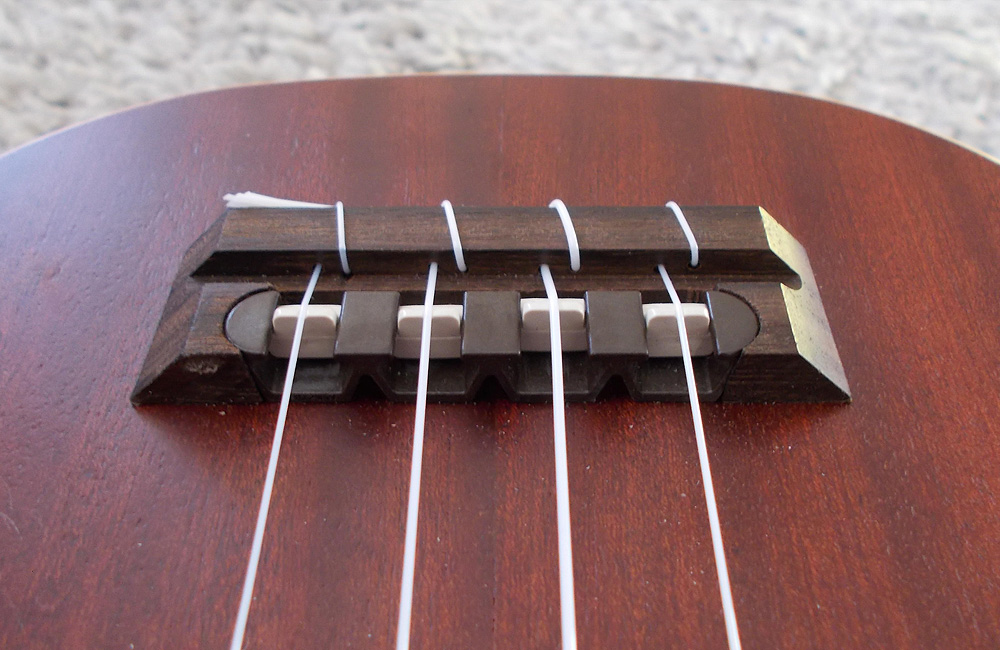 Overall I like this ukulele a lot, it just kind of feels good, the action at the nut is pretty much perfect, a little high at the other end – or at least it looks to be. It’s not actually something that I really noticed while playing and while I’m no expert player, I don’t always stick below fret 5, occasionally I wander further up the neck too. If you do want to play around with the action it comes with a spare set of saddles for you to use. The spare set of saddles are a little higher if you want to increase the action further, if you want to bring it down (which is more likely) then it’s sanding time. 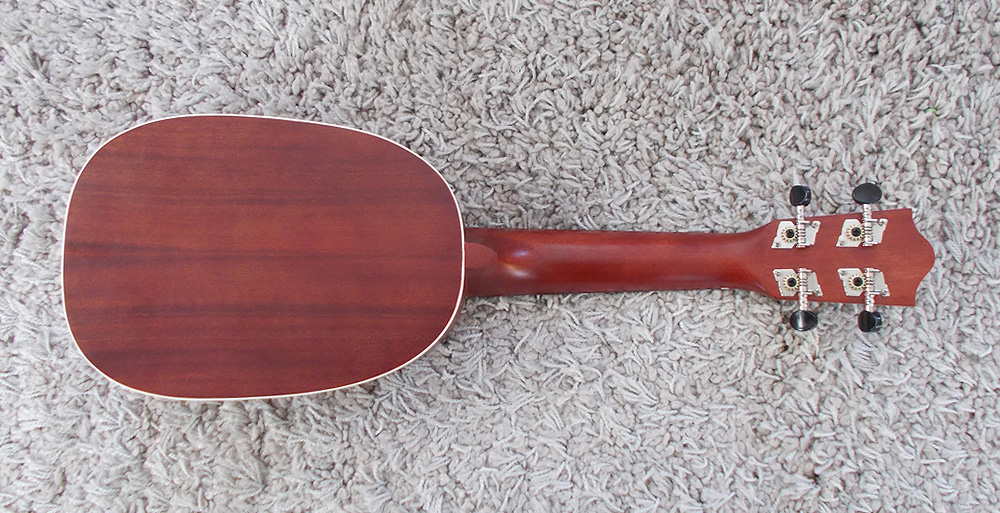 Final thoughts on the Lanikai TunaUke

If you want to get your hands on Lanikai TunaUke they come in pretty much all sizes and although they’re a little difficult to get hold of, it is possible. For anyone wanting to get a little bit more involved with their uke than just playing, it’s a good starting point.

Lanikai Soprano TunaUke on Amazon US