The Duke Banjouke is a tenor scale acoustic/electric banjo ukulele that made its way to me all the way from New Zealand. As I’d never played a banjo uke before picking up the Duke this is less of a review and more just my thoughts having played around with it for a while now. 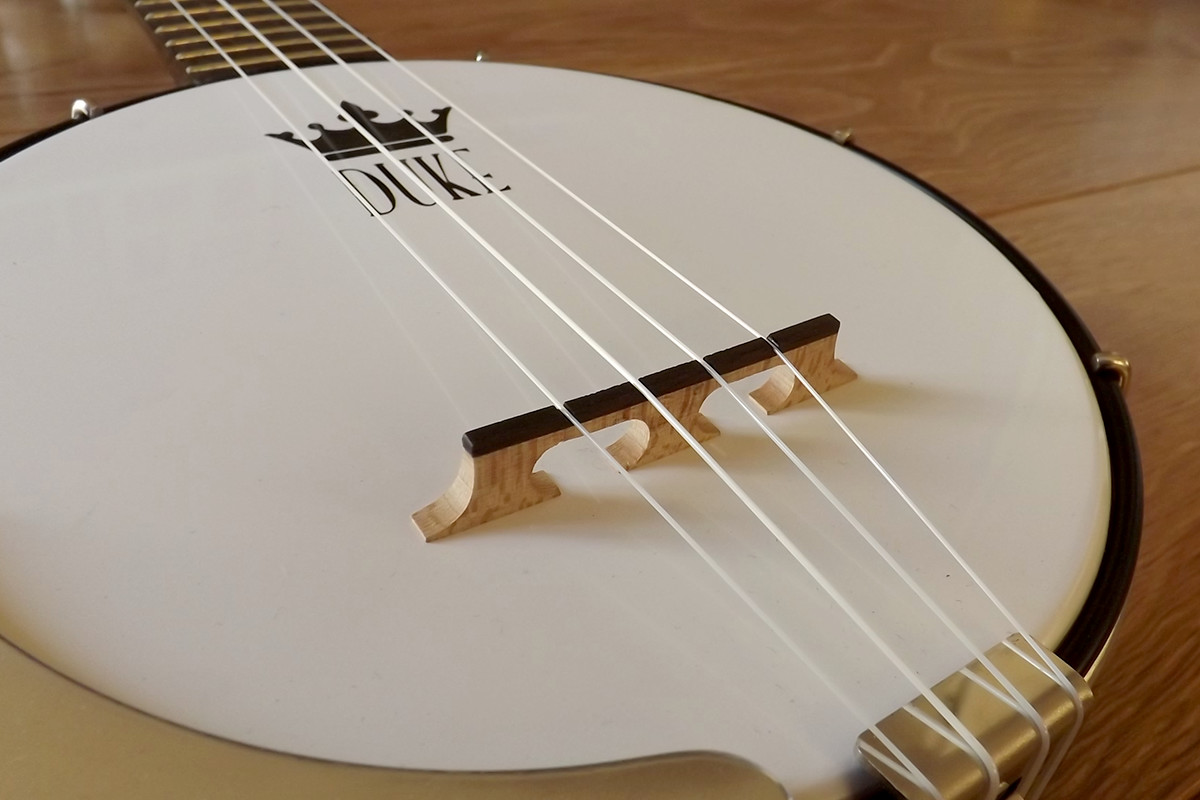 In the hands the Duke feels like a rather nice piece of kit. There’s a definite feel of quality and you can tell that a lot of love has gone into the construction of the instrument. It’s surprising light in the hands but still feels sturdy at the same time. 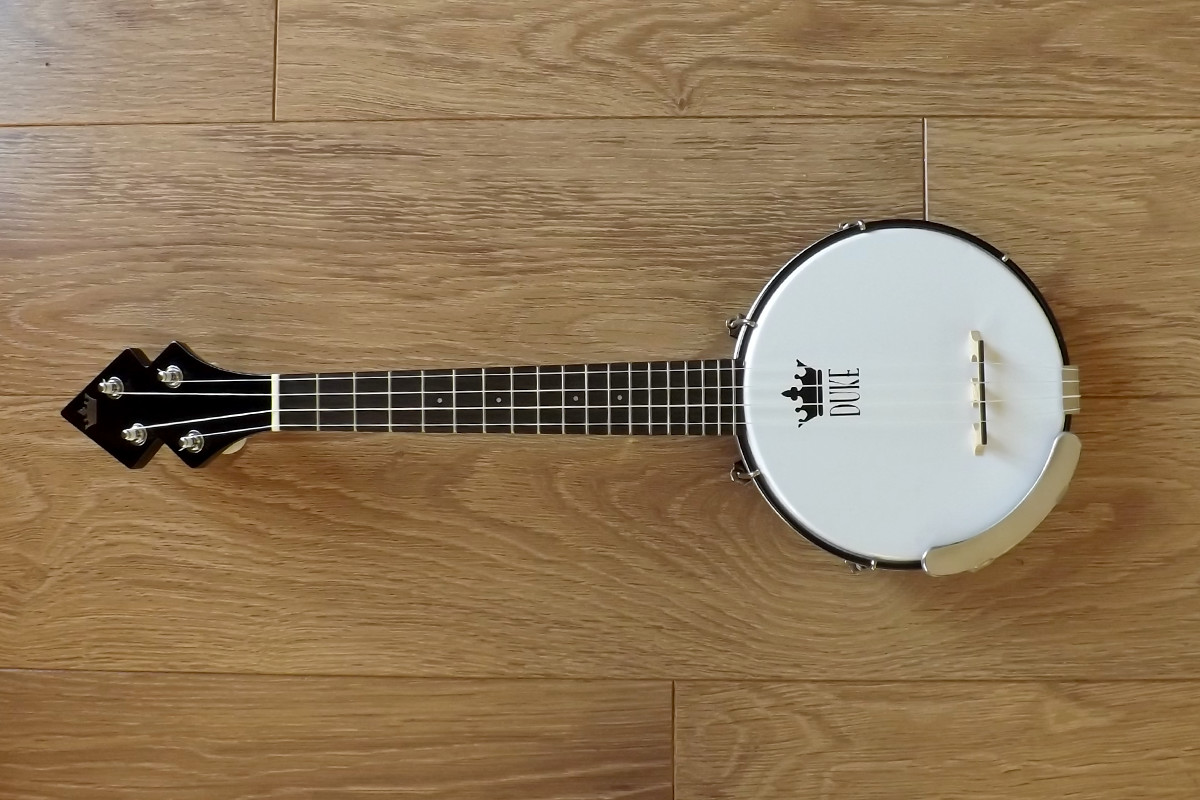 In terms of looks there’s something about the Duke. The jet black neck, unusual shaped headstock and aluminium tailpiece and arm rest give a bit of a heavy rock vibe (at least to me anyway) which sets it apart from other banjo ukes and potentially bring it’s appeal to a new audience.

On unpacking the Duke Banjouke I had to place the bridge in the correct position on the 8” drum (fortunately for me there were instructions explain how to do this, it’s a new concept to me). Aside from that and a little tuning it was good to go and the action is nice and low which makes playing it that little bit easier if you like to go wandering up the neck. 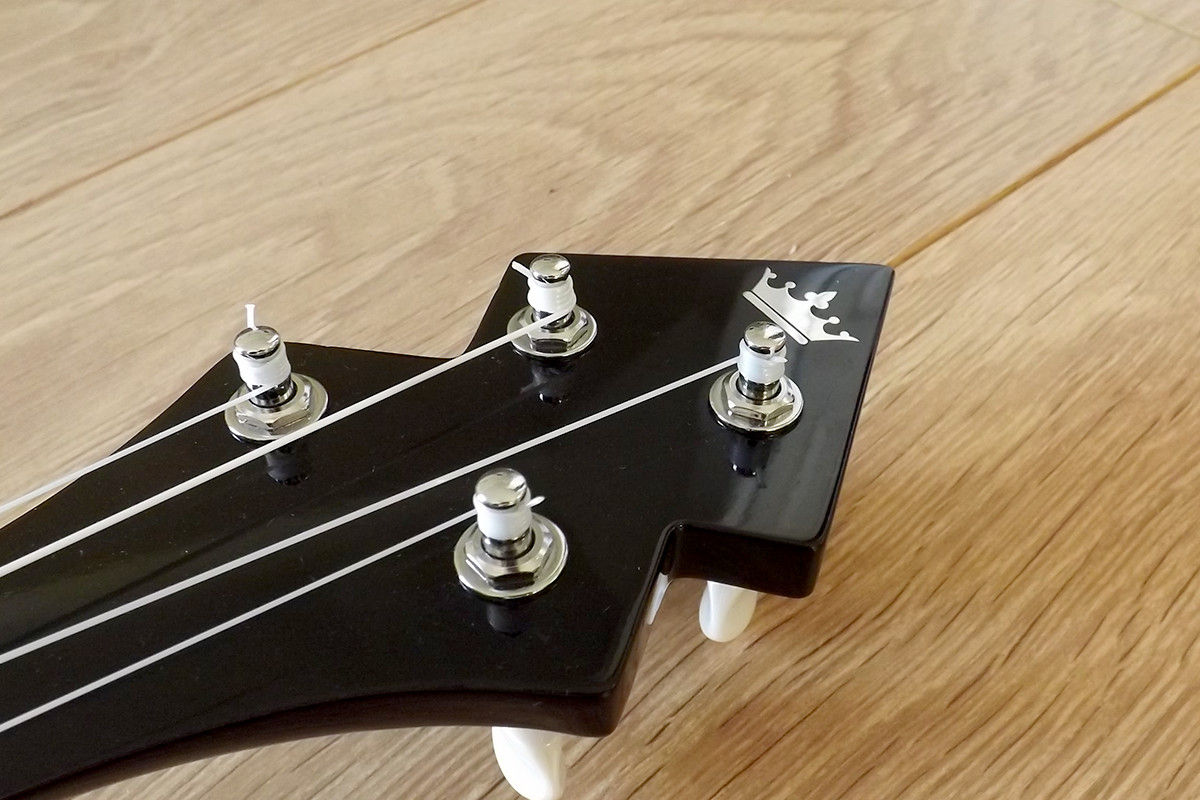 With it being the first banjo uke I’d played I really wasn’t sure what to expect from the sound, I thought it might be a little bit abrasive but I was quite surprised. It’s fairly loud with a good bit of kick but there’s a slightly muted tone to it at the same time. With it being my first banjo uke it definitely took me some adjusting to and I quickly found that I far preferred picking the Duke than just plain old strumming. 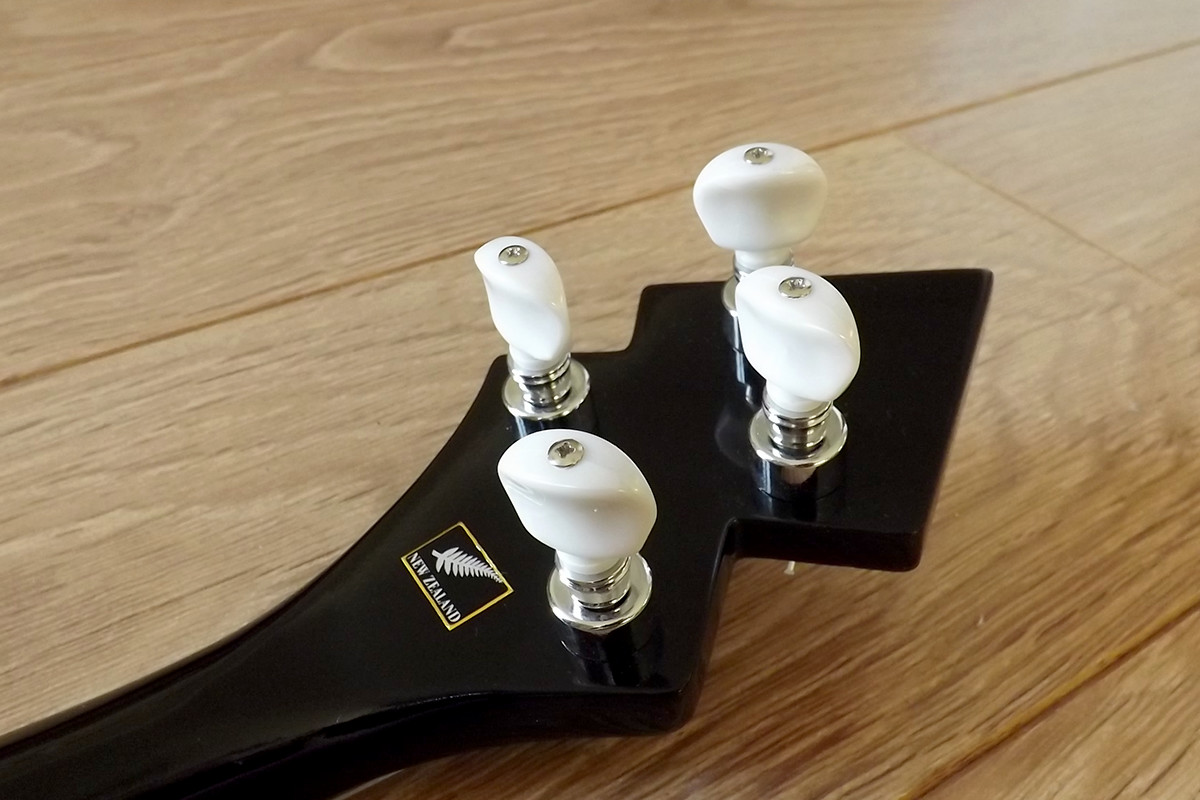 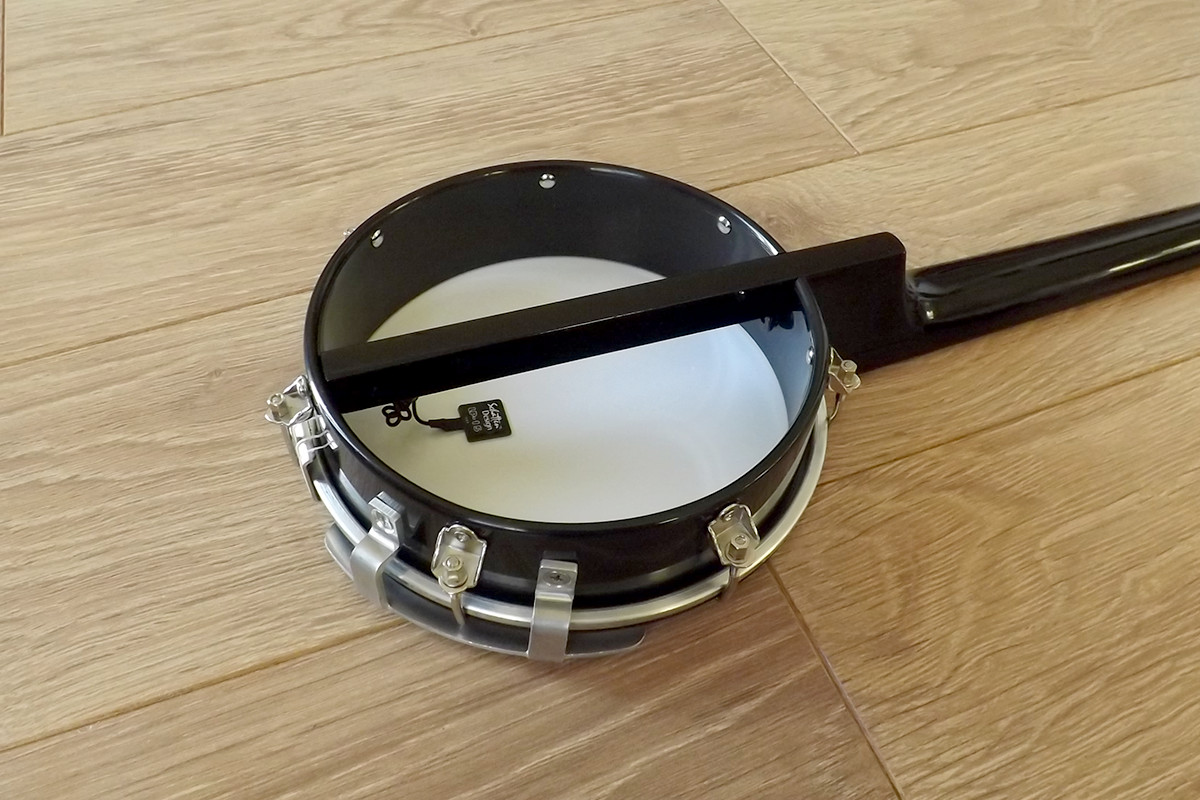 I have to say I loved playing this one plugged in. I popped it through a clean channel, upped the bass and had a lot of fun coming up with picking patterns. I don’t ordinarily play the kind of music that is typically associated with this kind of instrument but it was a nice challenge for me.

Price & What You Get For Your Money 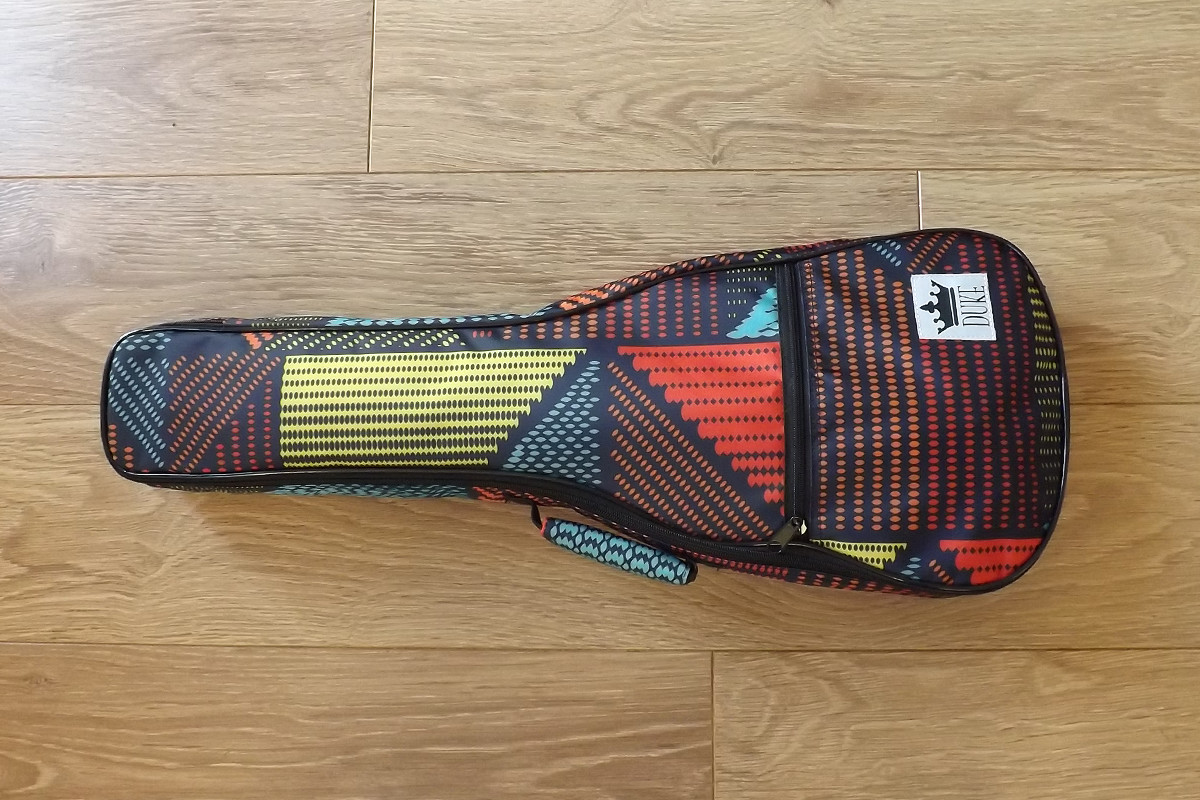 The Duke Banjouke comes with a rather colourful padded gig bag, shoulder strap, spanner and a super fat felt pick. All of this is yours for $379 delivered anywhere in the world and can only be bought from the Duke website.

2 thoughts on “The Duke Banjouke”