Lately I’ve been playing around with some Bob Marley songs and I figured it was high time I did a short lesson on reggae strumming on ukulele. So here goes…

When it comes to getting an authentic reggae rhythm you need to be playing off the beat. This means that rather than trying to time your strumming to match the beats, you’re actually trying to strum between the beats. 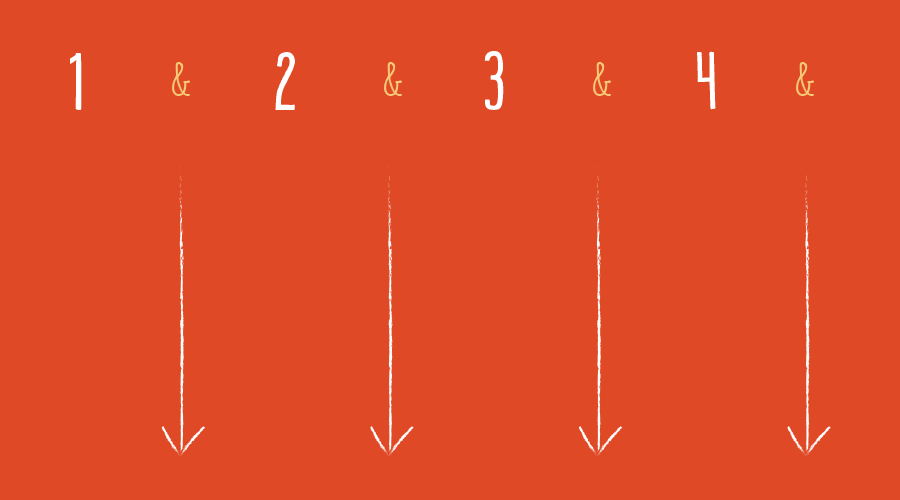 To begin with this can feel a bit like patting your head and rubbing your stomach at the same time. It’s a strange concept if you’ve been playing rhythm for a while without exploring playing off the beat. It can help to count out loud. The rhythm shown above would be counted out 1 & 2 & 3 & 4 & but you would be playing the down strums on the &s.

Up Strums Or Down Strums?

It’s worth noting here that it can be easier to play up strums when playing off the beat and you’ll see a lot of lessons showing it that way (it’s easier because your hand would naturally be travelling up between the beats ordinarily). I’m a fan of playing down strums off the beat though, firstly because I believe it forces you to be thinking in off the beat timing and secondly, well if it’s good enough for Bob Marley, it’s good enough for me.

With our strumming hand now doing it’s job, there’s actually a little work for your fretting hand too. When playing with a reggae feel you’ll want to make your chords very staccato in sound (sometimes called a chop). We’re aiming for a short, sharp hit that is quickly muted. For this we’re going to lean heavily on barre chords (it is possible to do this with open chords using pinkie muting but I’ll save that for another lesson). Barre chords give us one great advantage – by releasing the pressure from our fretting hand we can quickly mute the sustain after strumming the chord.

In the following audio clip I play a barred D7 chord twice. The first time I play it normally and let the chord ring out, the second time I release the pressure from my fretting hand.

Next up we’re going to take a look at a double chop rhythm/strumming pattern. For the reggae double chop we’re still playing off the beat but we’ve got to get a very quick down-up played. Again we’re aiming for that short, sharp hit so you’ll need to release the pressure in your fretting hand. Ideally you’ll do this twice – once for the down strum and once for the up strum. Slow this down to being with as it can be quite difficult at speed initially. 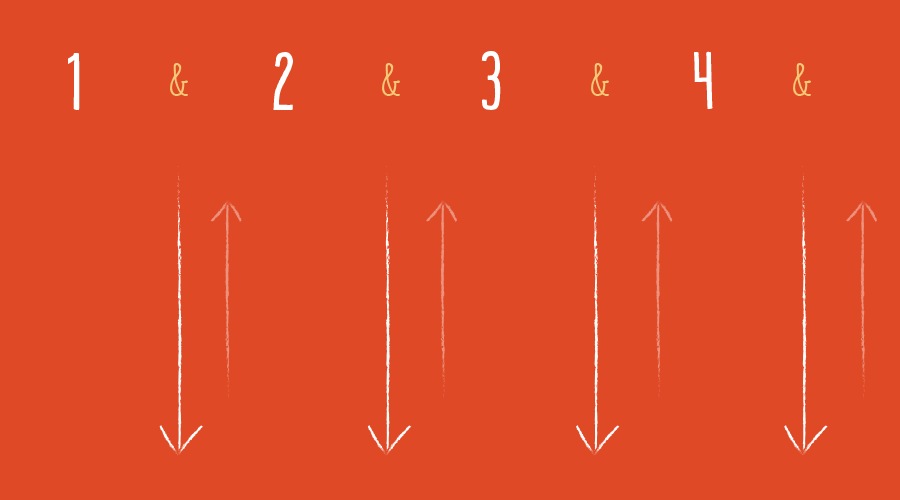 Finally we’re going to play a combination of both of the above. We’ll play 2 off the beat single chops followed by a double chop and a final single chop. 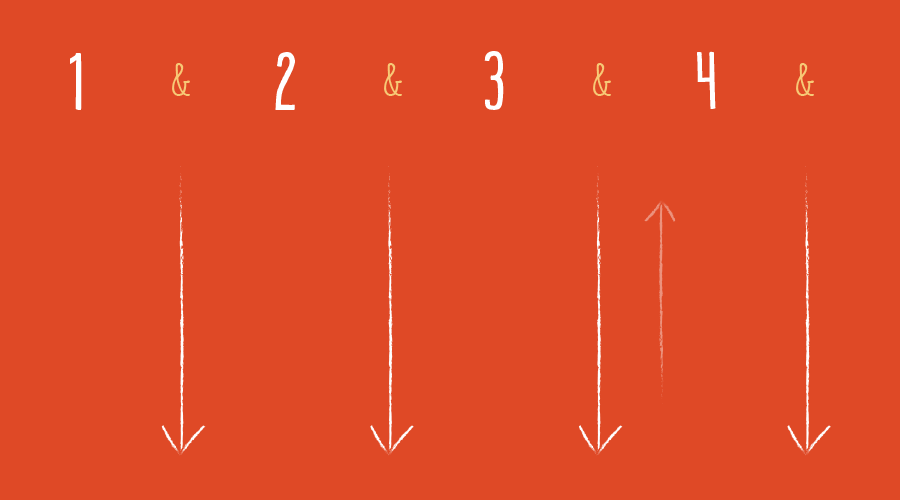 That should keep you busy for a while. Try these reggae rhythms on songs that you already know. Notice how the whole feel of the song is changed just by changing the strum. Big tings!

5 thoughts on “Reggae Strumming On Ukulele”