It’s pretty much impossible to have had any exposure to the ukulele without encountering Phil Doleman. He’s played every major ukulele festival, appeared in magazines, taught workshops, written columns and a whole lot more. Phil  has had huge impact on the world of ukulele with his distinct voice and melodic jazz sound. Phil took some time out of his hectic schedule and answered a few questions…

It’s fair to say you’ve had a pretty good career with a ukulele in your hand, what have the highlights been?

It’s funny, I’ve been performing for 30 years, but only the last 8 years on the uke (I’ve played uke for 12 years, but only started gigging with it in earnest when me and Ian Emmerson formed The Re-entrants). Starting on the uke was also when I began to make my living from playing music. In that time I’ve had some fantastic moments. Highlights would have to be; getting to perform with my uke hero Del Rey, jamming with James Hill, playing huge festival stages and theatres, and appearing on the front page of Uke Magazine. The four years we spent touring with The Lancashire Hotpots were also great times, brilliant fun. Many of the best bits happen off stage though, the backstage jams, the strumming with mates who you had previously only met online. I’ve made some great friends over the last 8 years!

What is it about the ukulele that drew you to it in the first place?

I picked one up when my eldest daughter was born, I thought it would be a fun little instrument to sing nursery rhymes with, less scary than the guitar! In fell in love with it immediately, and it wasn’t long before I discovered the beginnings of the 3rd wave of the ukulele appearing online, the forums springing up, YouTube taking off and being able to see great players. As soon as I found other players and heard what they could do I was hooked. 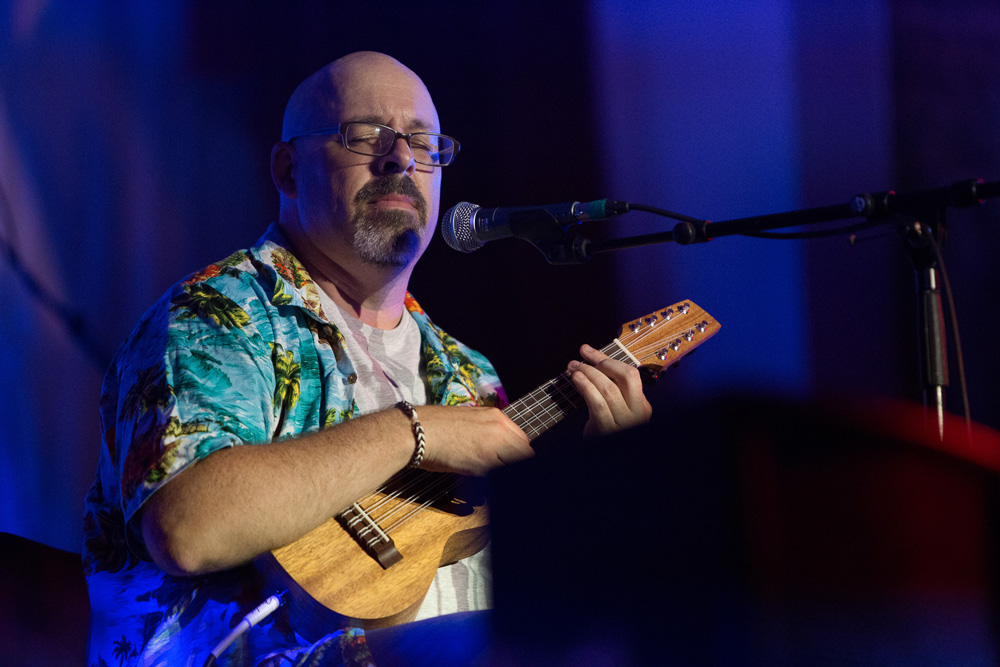 Aside from playing/recording you also run ukulele workshops and teach one-on-one – how do you balance that out?

I’m busy! I usually teach during the day, in the week. Most gigs crop up towards the weekend, and the workshops tend to be based around where I am in the country. If a club books me I’ll try and plan a route there and back that passes other clubs territory and offer workshops to them too. I do spend a lot of time travelling!

Do you find that there’s much crossover between the two?

Yes, when I’m playing to uke-playing audiences, they want to learn things! Ukulele players tend to be ‘doers’ more than ‘watchers’. Most of my uke club gigs are half workshop/ half performance.

If you could give just one tip to someone learning ukulele, what would it be?

Pay a lot of attention to the right hand. It’s your time, your swing, your tone. Rhythm and groove is everything. 3 chords with a great right hand sounds a million times better than ‘While My Guitar Gently Weeps’ played clumsily and out of time. 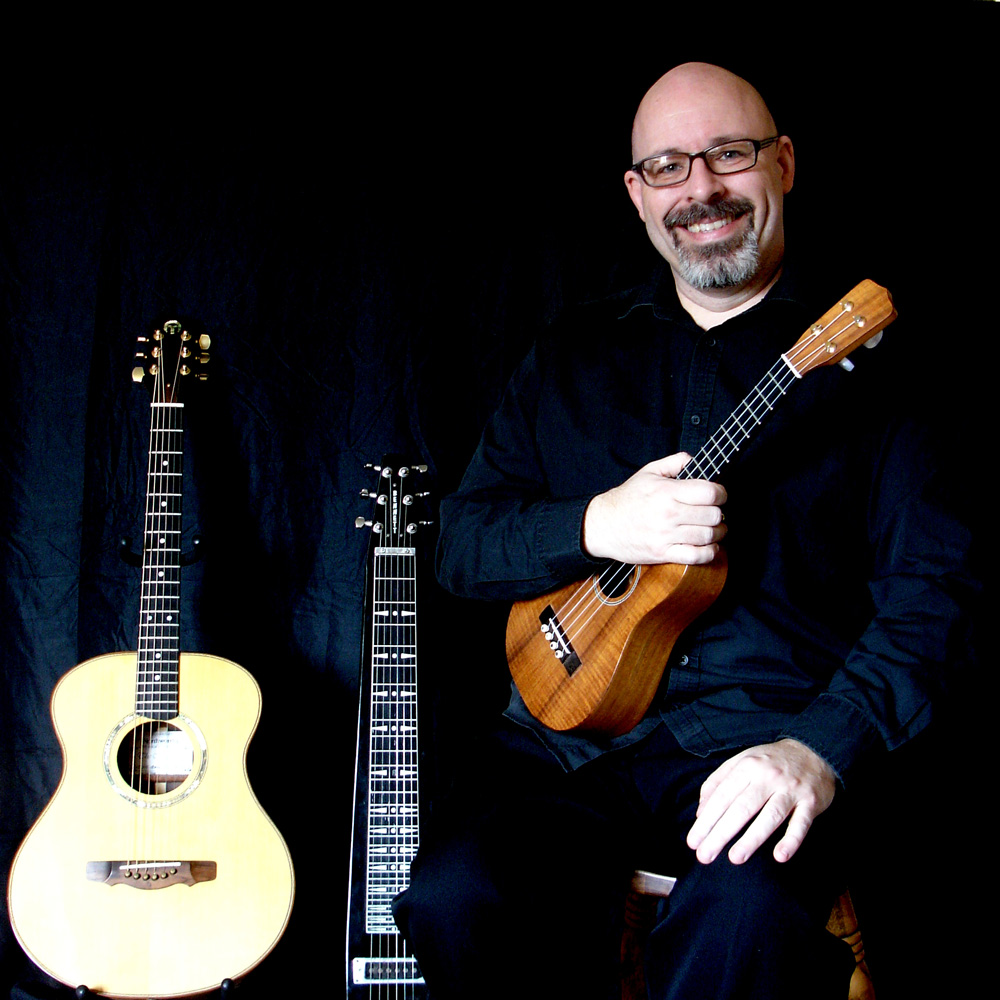 It seems that you’re playing almost every ukulele festival this year, do you have anything else going on?

I have the honour of having played every major UK uke festival, most several times over. Still, there’s a lot of time to fill between festivals! I visit 30+ clubs a year running workshops, plus I gig in the ‘real world’ too, mainly at music festivals and jazz/ blues clubs. I’ve also just finished recording an EP where each track is a collaboration, which I’m really pleased with, and I’m already planning the next one! I also write a regular column for Ukulele Rhythms magazine and have two blogs on the go as well as contributing material for a third.

What would you say to anyone even thinking about giving ukulele a go?

Do it, but play the uke because you love the uke, not because you’ve been told it’s easy/ cheap/trendy.

Over the years how would you say your music has evolved?

It’s odd, I seem to have come full circle. When I first got into music as a teenage guitarist, I was really into blues, folk and jazz. I’ve always listened to that sort of music, and played it myself at home, but I always ended up performing other things (original songs, pop covers, etc.) for years, until I found myself playing solo again a couple of years ago. Suddenly I had the freedom to play whatever I wanted, and it seemed a perfect opportunity to play the music I’ve always loved. A happy coincidence was that it works so well on the uke!

What do you put that down to?

Two things have really brought me to a place where I really absolutely love the music that I get to play, one is getting the technical ability to do it, which comes from hanging around with better players and watching and listening carefully (and stealing!), and the other is digging deeper and deeper into the source material. I really love tracking down new songs, songs I haven’t heard other uke players (or indeed anyone) play before. Stuff that doesn’t have the chords and lyrics posted on the internet!

If you could could work with one artist past or present who would it be?

Oh my word, that’s a tough one! I’ve had the pleasure of playing or recording with lots of current artists who I really admire, so I suppose I’d have to pick an artist from the past. Cliff Edwards springs immediately to mind, though I think Lemon Nash would be fun to jam with. If I could pick any artist, not just a uke playing one, then Django Reinhardt (though I’d stick to playing rhythm!)

Massive thanks to Phil for taking the time to talk to us. If you want to know where you can see Phil play or just want to find out more about him, head on over to his website. Those of you that are going can see him perform at the Grand Northern Ukulele Festival later this month!