Will Grove White has played at Carnegie Hall, Sydney Opera House, is the author of Get Plucky with the Ukulele and one eighth of the Ukulele Orchestra of Great Britain. When he’s not playing with the orchestra he’s busy composing songs for film and TV – well, either that or playing the nose flute.

What was it about the ukulele that made it your instrument of choice?

I fell in love with the ukulele when I was about 13 years old. It’s hard to say why, I often wonder what on earth I was thinking! I suppose I was attracted to it’s size and cheerful sound more than anything. I’d always loved 1920s jazz and so the ukulele seemed like a perfect fit for me. I also love singing, so it was great to have something to accompany myself on. But most importantly I loved the fact that I was able to learn it so quickly – I’ve never been one for hours and hours of practicing, and the ukulele is a quickly rewarding instrument.

Did your playing style change as a result of joining the orchestra?

Yes, it’s really a different ball-game playing with a whole bunch of ukuleles from playing on one’s own. When you’re playing solo the temptation is to strum all the time and fill up all the gaps with notes. But playing with the Orchestra there’s no need to play all the time because there’s always something being plucked by someone. The key is for us each to play something relatively simple (for example an off-beat or just a big chord on the first beat of the bar) and then when we put all these different simple parts together it sounds much more sophisticated and interesting than any individual part on it’s own. We try hard to avoid all just strumming away and all doing the same thing.

What’s the creative process for creating an arrangement for the orchestra?

We all have ideas for tunes we’d like to be doing, and at a rehearsal someone’ll bring a song along and if it get the general thumbs up from enough of us we’ll start playing around with it. The best arrangements usually come when we’re having fun together and one idea will naturally lead to another. There’s certainly no ‘formula’ we use though. Some songs will sound good the minute we play them, others will require more work and might not really start to gel until we’ve performed it live a few times, and uncovered the special thing that’ll make it work.

Do you think your career as director/producer influenced the way you play the ukulele?

I’d never thought of that. I certainly knew that I’d rather be in front of the camera than behind it!

That’s a tough one, they all have their moments… I do enjoy the pieces where we do more physical stuff – we’ve been doing a version of Kraftwork’s ‘The Model’ where we all strike strange sculptural poses in the instrumental section. But I think I like Limehouse Blues at the moment – a blisteringly fast tune which requires every bead of my energy to play. 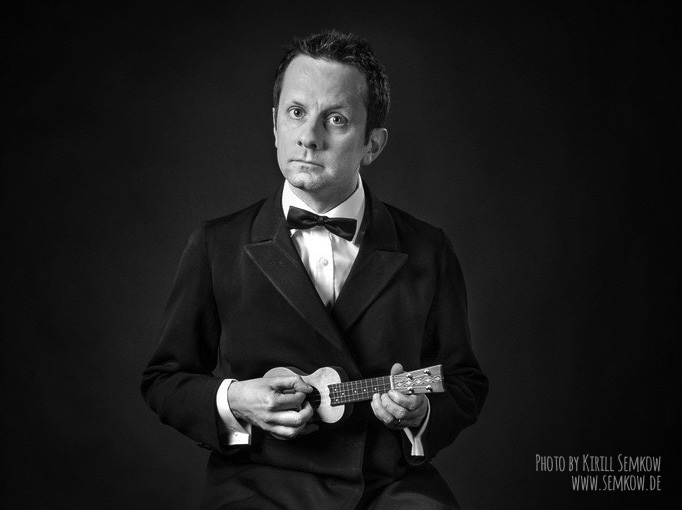 If you were limited to giving a newcomer to ukulele just one piece of advice, what would it be?

Have fun! Don’t treat it like a chore. And if I was allowed to give a bit more advice I’d say play with other musicians (not just ukulele players). And sing! Loud! Or even better, buy a copy of my ukulele book, ‘Get Plucky With The Ukulele’ and all your questions will be answered.

What’s been the most surreal thing that’s happened to you as a result of playing the ukulele?

All sorts of bizarre things have happened since joining the Ukulele Orchestra of Great Britain. Playing at Carnegie Hall and the Sydney Opera House were things I never in a million years would have imagined we’d actually do, but the one that takes the biscuit was performing the music for two dancing camels in the English countryside. That felt like I was in a badly conceived dream.

Any danger of a solo nose flute album?

Aha, that would be dangerous. The nose flute is a terrifically daft instrument, of which I am a great fan. I think a whole nose flute album might be a bit much to handle, but certainly a tune or two. I’ve done one already, called ‘La Vie En Nose‘.

Perhaps I’ll do a version of Colonel Bogey next. 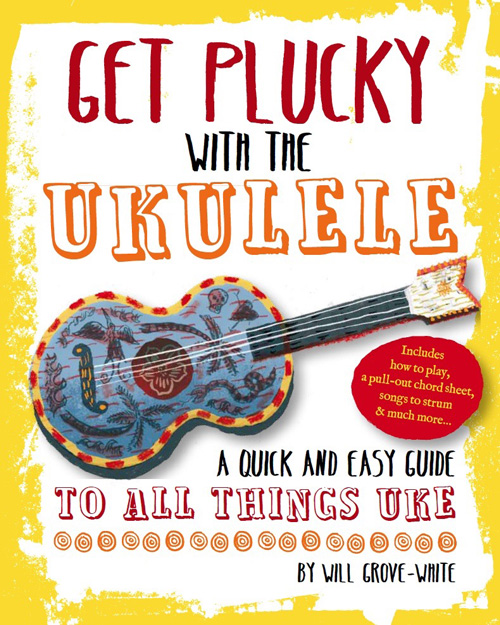 A big thanks to Will for taking time out of his hectic schedule to do this interview. If you’d like to listen to more of Will’s music or find out more about what makes him tick head on over to his website to get more info.

Also check out Will’s book, Get Plucky with the Ukulele which is available on Amazon and has a whopping 5 star average!

2 thoughts on “Will Grove White Interview”