If you’ve spent any time searching for ukulele videos on YouTube then you’ve likely seen at least one video by Dodie Clark. In a pretty big leap from my usual alt-rock stuff today I thought we’d take a look at one of her original songs.

Down is a fingerpicked song with a triplet feel to it that is relatively straightforward to play. If you haven’t heard it before, here it is…

The intro is based around a G chord and is played on the top 3 strings. Your thumb is going to take care of the C string (playing on every beat) with your first and second fingers picking the E and A strings together.

For the second and fourth bar you need to slide your first finger up the neck by a single fret to alter the bass note.

The good news is once you get this pattern down you’re pretty much all set for the rest of the song. It doesn’t change a huge deal beyond that pattern. 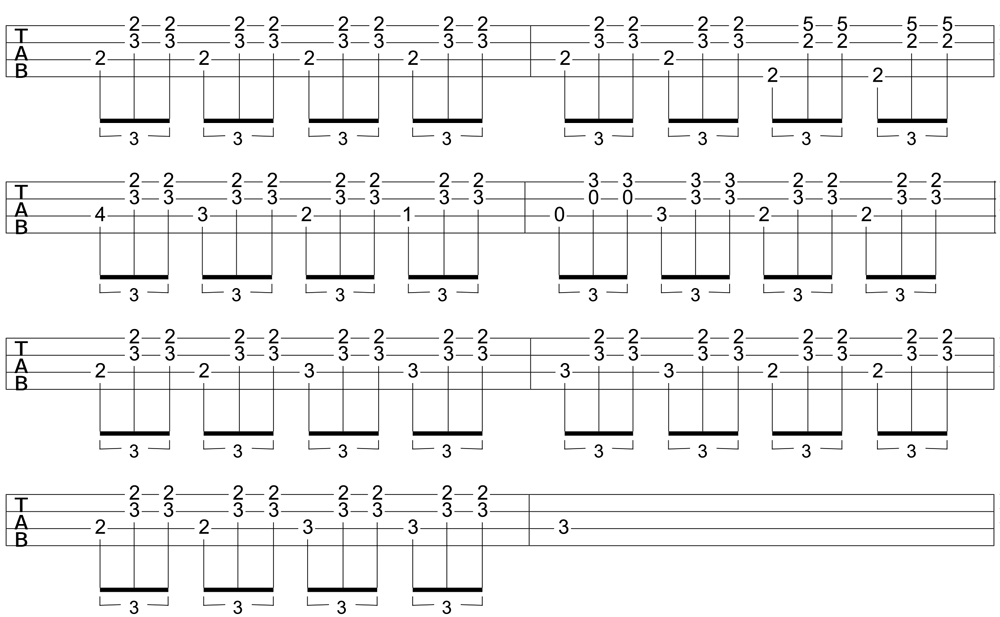 Again we’re using the same picking pattern so you can give your pinkie on your picking hand the night off. You’re not going to need it for this one. Some of the shapes can be a little bit tricky to get to if you’re not used to them but persevere and you’ll get there. For the second bar I’d recommend barring the second fret with your index finger and getting the 3rd fret with your second finger.

Dodie plays the song relatively slowly so you have time to get where you need to be.

There’s nothing overly new in the chorus so it’s mostly a case of playing what you’re already played. It does sound like Dodie changes up the picking pattern slightly in a couple of instances instead opting for arpeggiated versions of the chords. I get the feeling she’s probably ad-libbing this though so I wouldn’t worry about getting it bang on. As long as you stick to the triplet feel you can play it whichever way you prefer. 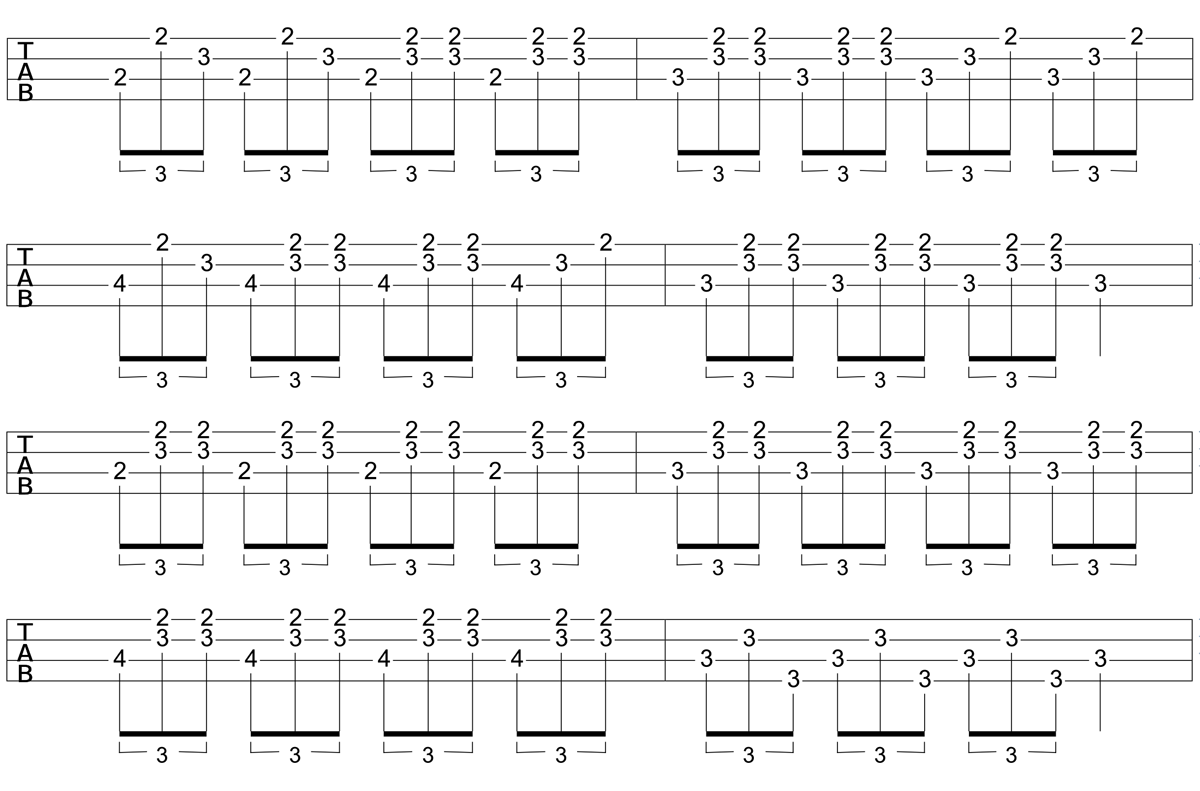 I haven’t tabbed the outro as it’s really just more of the same. There is a point where Dodie switches to quarter notes and just picks the top 3 strings together but again don’t feel wedded to this.

That’s pretty much it. Job done.