Vance Joy’s 2013 hit Riptide has been one of the most popular songs to play on ukulele since it’s debut 5 years ago. Thanks to its positive feel and pop culture references throughout, Riptide has become a modern classic. Let’s take a look at how to play it…

The good news is that there are just four chords in Riptide and you’ll probably already be familiar with them (especially if you’ve ever read my post about four chords). The chords are Am, G, C and F. 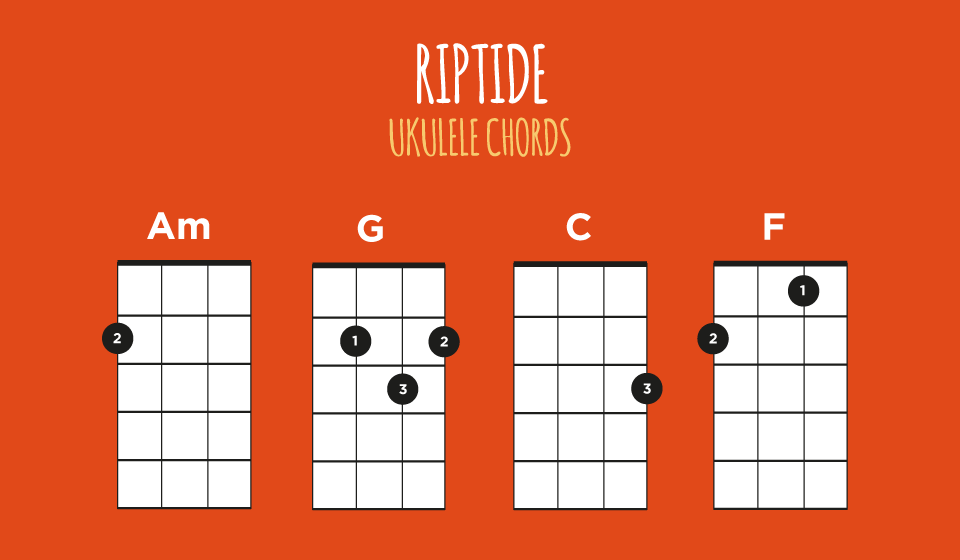 Nothing too tricky there. If you do know the chords well I’d throw a few chord inversions in the mix to keep your chord knowledge developing.

The original key to this song is actually C# which is half a step up from regular tuning. If you want to play along with the record you’ll need to drop a capo on at fret 1.

The intro, verses and chorus all use the same 3 chords in the same order throughout. Those chords are…

If you’ve played ukulele for a while, those chords will be pretty familiar to you. You can give your pinkie finger a rest on this one, you won’t need it.

Riptide has an incredibly recognisable rhythm that really drives the song. If you get the rhythm right, you’re pretty much there.

For almost the whole song, the strumming pattern is down, down, up, down, up repeated. As with any rhythm, the say it play it rule is true. If you can say the rhythm out loud, you can play it. Here’s what that rhythm looks and sounds like. 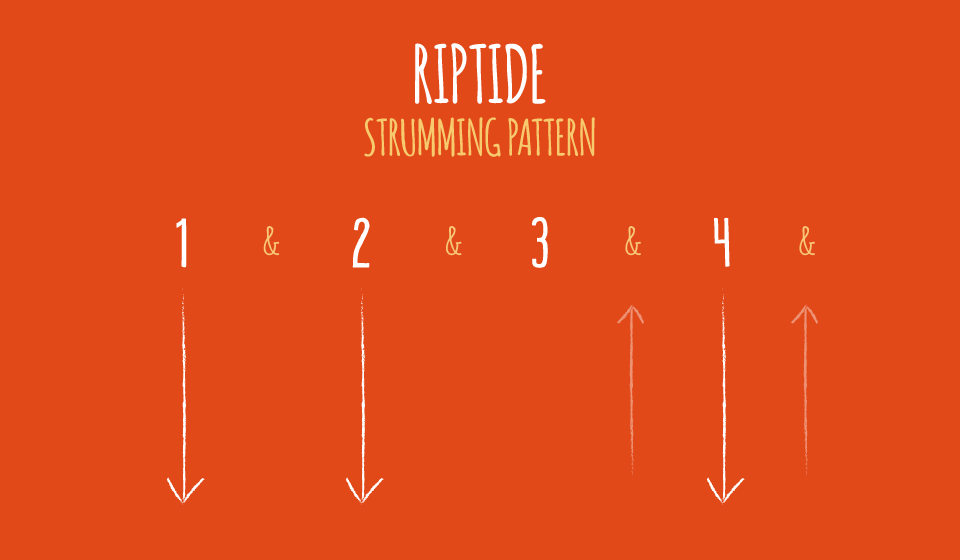 It’s actually pretty simple and shouldn’t be too difficult to get to grips with. Because it’s so simple it’s really crucial to get the timing bang on. I’d recommend using a metronome to get this down.

I like to play the first 2 down strums with a little more emphasis to really accent them. It should end up sounding something like this…

(Note in the audio file I’m playing without a capo)

The song tears along at a pretty rapid rate – 155bpm to be precise so take it slowly initially. Speed will come with time. You can actually get faster at playing ukulele by taking things very slowly. Tortoise and the hare!

For the most part the song remains pretty much the same throughout simply repeating Am, G and C. This only changes later on in the song where our F chord makes it first appearance.

Take a look at the PDF songsheet below for the full breakdown.