I found this tab on the amazing Ukulele Hunt a few days back and just had to have a blast at playing it being a massive Father Ted fan. It’s much easier to play than it sounds and I think it’s really all about getting to grips with the feel of the song. The Divine Comedy were always something of a mystery to me, they always had more songs that I knew than I realised, this being one of them.

Notice the very reserved slap of satisfaction at the end. This was the second take – I messed up the first take in the second to last bar.

Anyway, check out the tab over at Ukulele Hunt and give it a try, it’s a great song and it’s a nice one to play! There’s a few mistakes in there (particularly when I move up to the 5th fret) but I reckon I just about got away with them.

I remember being absolutely gutted when I found out that Dermot Morgan had died. I was, and still am a huge Father Ted fan and still find myself watching it if I’m working late at home (it always seems to be on TV).

Down with this sort of thing!

EDIT: I can’t believe this but my tweet about this was spotted by The Divine Comedy and they posted the video on their Facebook, Twitter and Google+ accounts! I’m stunned. 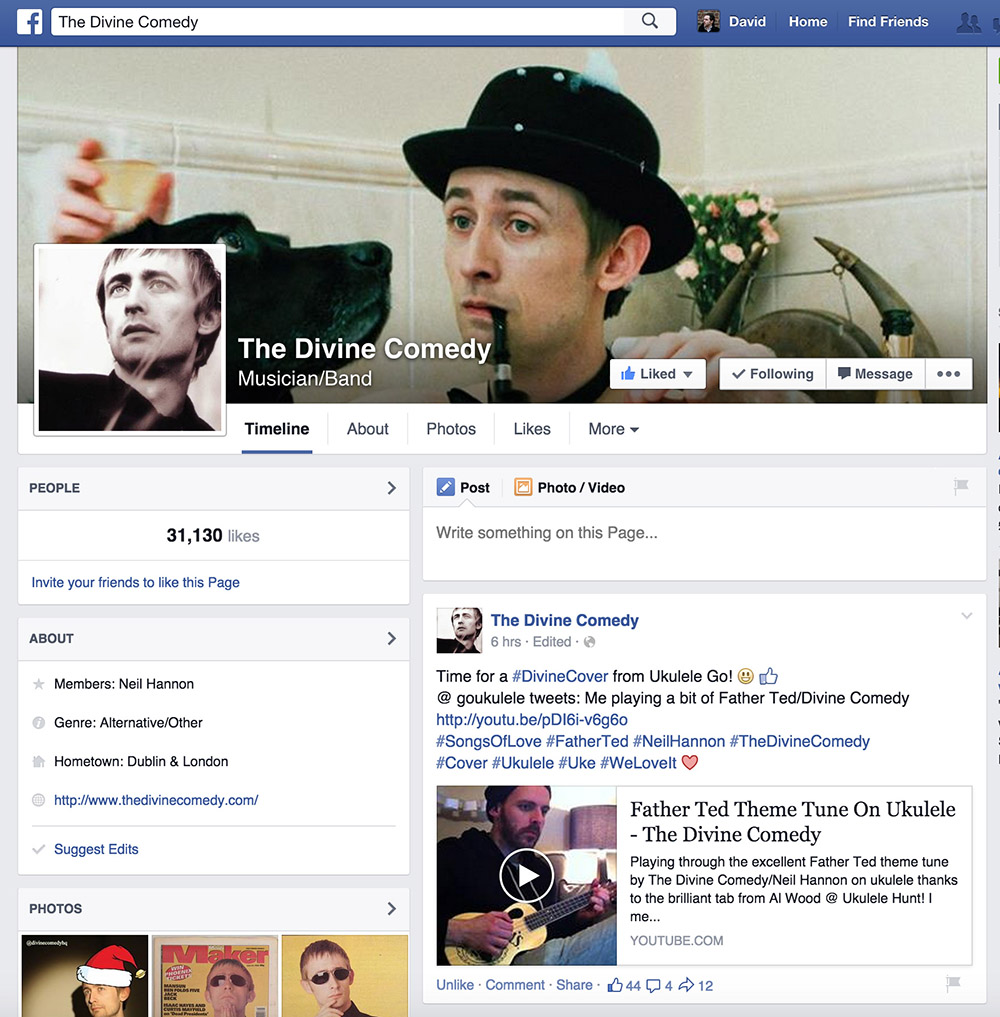 @goukulele No problem! Loved your version of it.