Makala’s Waterman is a plastic take-anywhere soprano ukulele that has become incredibly popular since it launched back in 2016. I figured it was high time I had a play so I made the purchase. Here’s the verdict…

At £32/$50 the Makala Waterman is priced at the beginner end of the market but it’s also perfectly priced for anyone looking for a second ukulele that they maybe don’t need to be quite so careful with. With it being almost entirely plastic you don’t need to worry about it getting wet, which is very handy if you’re the outdoors type. 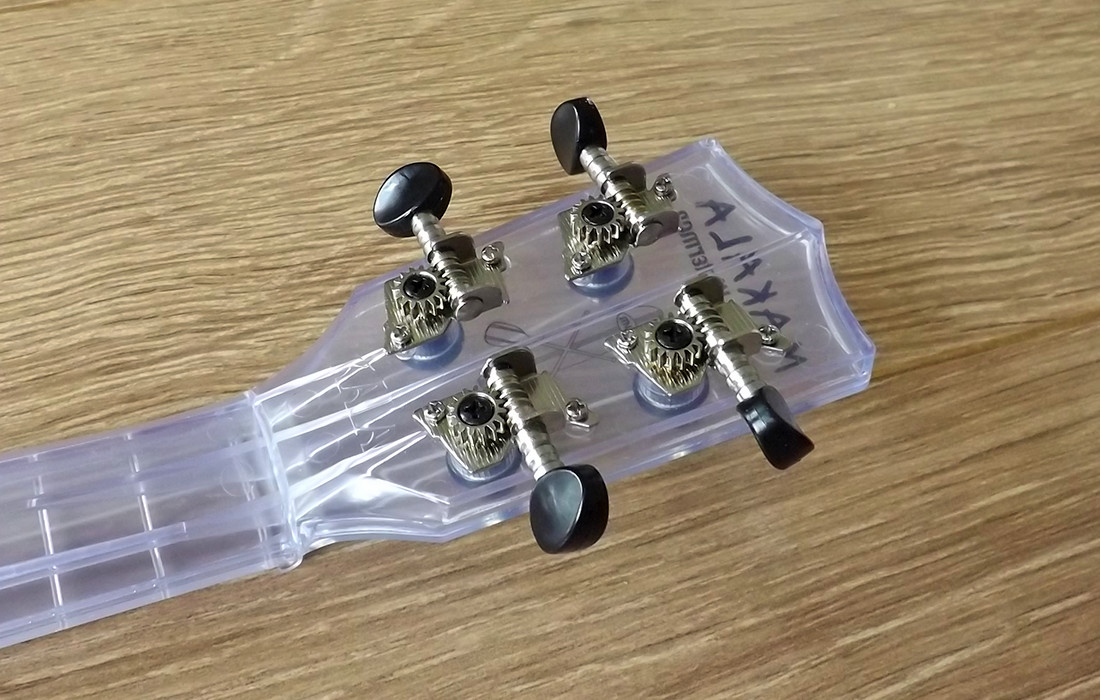 The first question most people ask is what does it sound like? Let me start by saying that it doesn’t rival a wooden ukulele, but at the same time I’d like to caveat that and say it’s not a million miles away. If you’re entirely governed by sound then it’s not going to be the instrument for you. 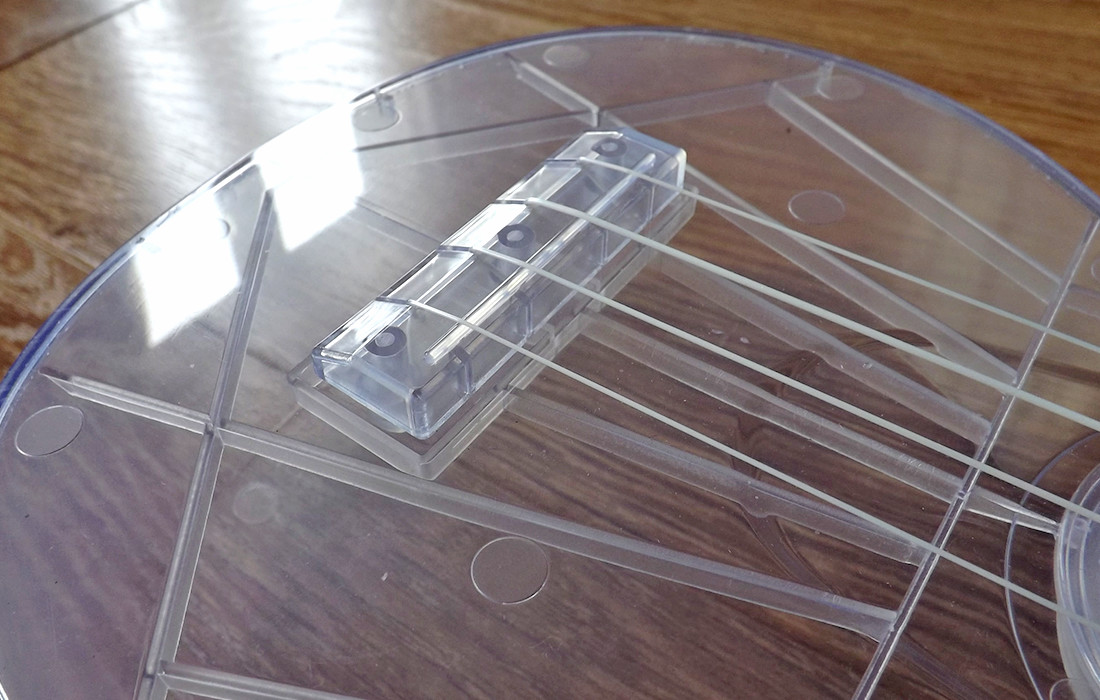 Personally, I’ve actually liked the sound of the plastic ukes that I’ve played. The Mahilele and the Outdoor Tenor both had a booming quality that I liked. That booming quality isn’t present in the same way in the Makala Waterman but the sound is decent nonetheless. It’s a little bit more brash than the Outdoor. I’ve given up trying to describe sound so I’ll let you listen to the video above and you can make your own mind up.

In the hands the Waterman is a very solid feeling uke. The weight is distributed evenly and it could certainly take a few hits without having to worry. For those with young kids that might well prove to be a handy feature (mine has had a bit of a beating in it’s short life with me). 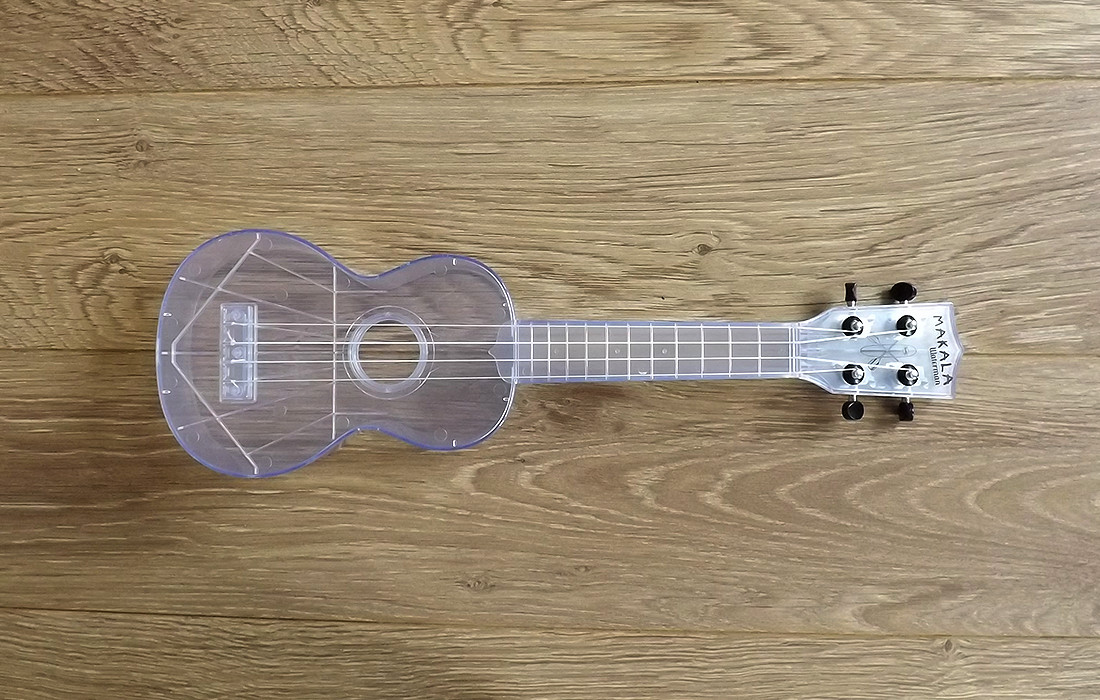 When it comes to looks, that will come down to which one you go for. I went for the transparent version as I really liked the look (it gets a lot of comments too) but it comes in a range of other colours for you to choose from. I quite like the look of the Sea Foam and the Chalkboard Black ones too.

My biggest gripe with the Waterman has to be the action. It is, quite simply way too high. It gets pretty noticeable at the 5th and 6th frets and is really quite difficult to play beyond that (unless you’re just sliding around between barre chords). This isn’t necessarily a problem for everyone, not all ukulele players go venturing all over the fretboard. That said, this is the highest action on any ukulele I’ve ever played (the Bruko No.5 used to hold that title). 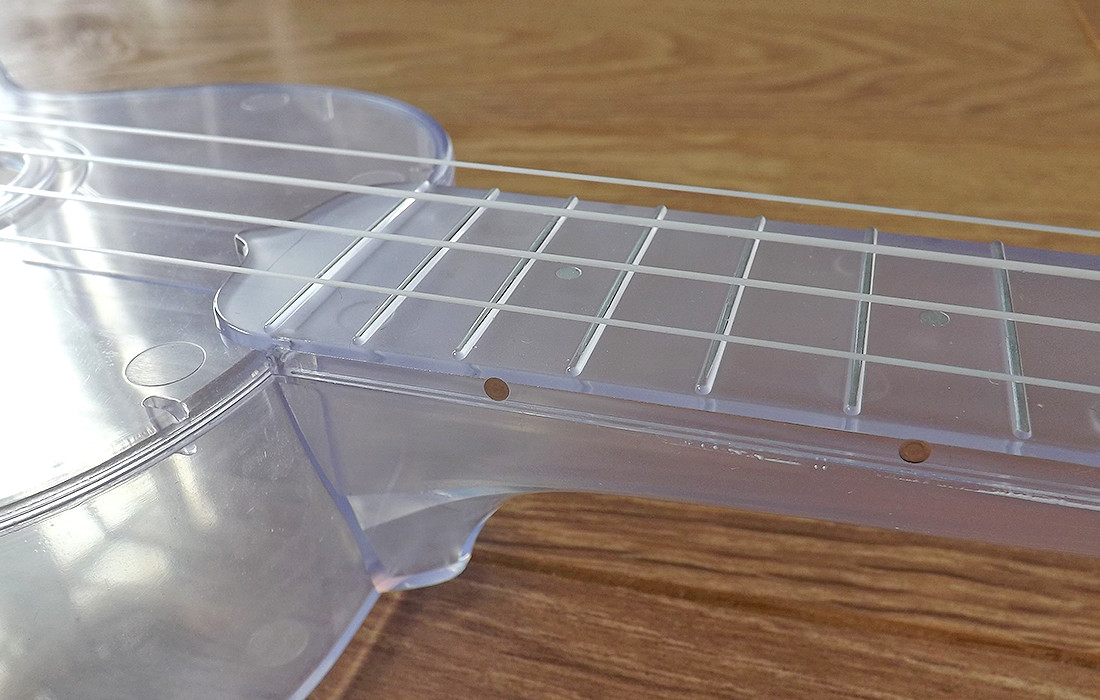 For me, the Waterman is a bit of a niche instrument. Whilst mine is sat at home among my other ukuleles I’m unlikely to pick it up and play it. There isn’t really a reason to do so, I have other inexpensive ukuleles sat very close by that sound better. That said, I do tend to take this one places with me. It spends a lot of time in the car and for that reason I’m pretty happy with my purchase. It’s my take anywhere ukulele that means I can practice when not at home and at $50/£32 it’s not exactly going to break the bank.