It’s been ages since I started building a cardboard ukulele and that’s largely because I’ve been waiting for some parts to arrive – namely the tuners.

Well they arrived a couple of weeks back and I’m back moving along with it again. I’ve already ran into a couple of issues but I’ll explain and if anyone else is having a blast at making one then maybe they’ll help. 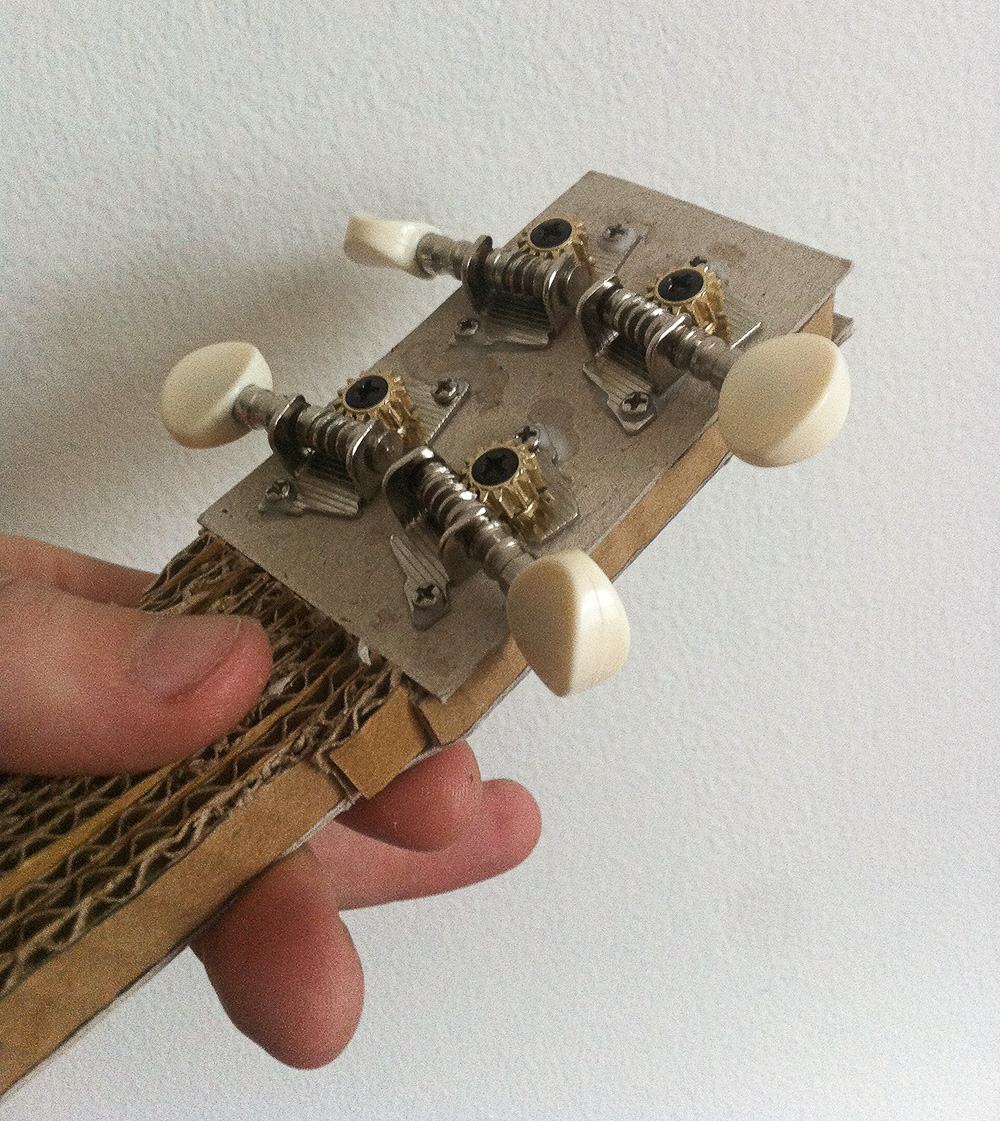 The first problem I ran into was that the tuners weren’t actually long enough (I bought these ukulele tuners from Amazon) – the headstock I created was a little too thick. I took a junior hacksaw to the headstock and took a little depth off it to solve this – whether it will be strong enough after my modifications I don’t know. The beauty of using the junior hacksaw is that it really gives you a flat surface to work from. Gluing the neck left quite an uneven surface which I’ll have to contend with when I start work on the fretboard.

The second issue was that I drilled the holes about 5mm away from where they needed to be. Drilling cardboard is a strange thing, it’s hard to keep the drill steady as you’re drilling into something that isn’t all that solid. As a result I’ve had to put the tuners on upside down. Not the end of the world and it does look a little weird, but then it’s a quirk instrument.

Finally, screwing in the tuners is a bit hit and miss. Because you’re screwing into corrugated cardboard, you can end up putting the screw straight into a void. I coated each screw in wood glue and also put a little on the back of each tuner in the hope it will fix this. I’ll have to wait and see.

Next up is getting the frets in place which I need to buy some parts for – where on earth do I buy some cotter pins from??

3 thoughts on “More Work On The Cardboard Ukulele”