It’s been a while since I reviewed a ukulele so here I am taking a look at the Flight TUS50 Salamander Travel Soprano ukulele (yep, it’s a long name).

Flight have done a good job of establishing themselves a name at the entry-level point of the market. You see a lot of Flight ukuleles been played on Instagram and Youtube which suggest that whoever is looking after the marketing is doing a good job on the social media side of things. 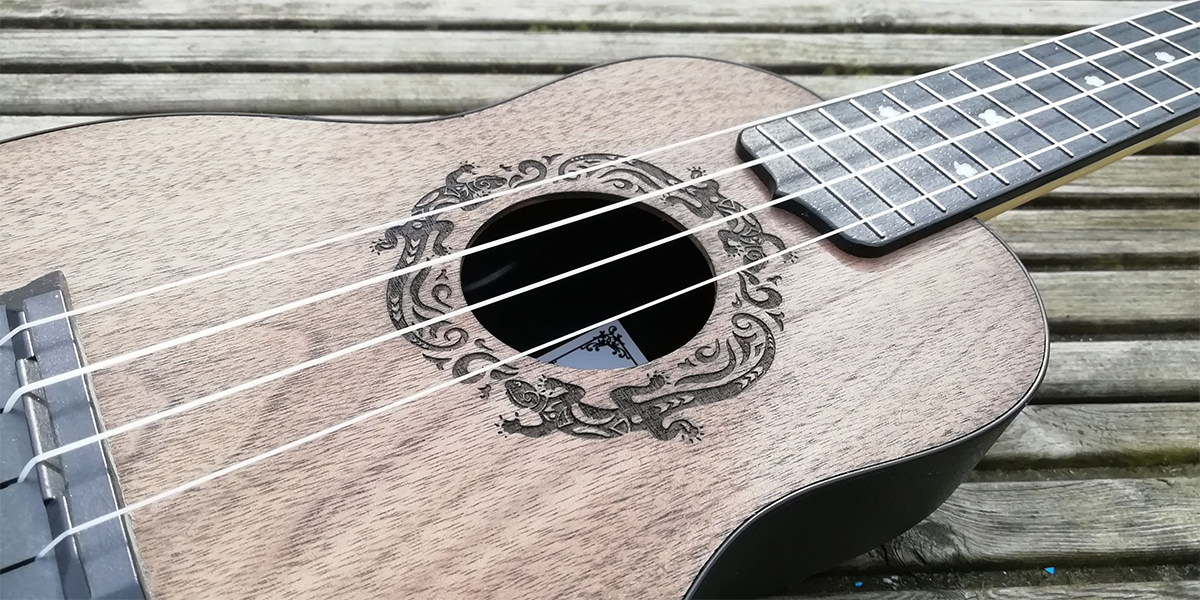 The TUS50 is a largely plastic ukulele: the back, bridge, nut, neck and fretboard are all made from ABS plastic. It isn’t completely plastic though like the Waterman or Outdoor ukulele I’ve reviewed here previously. The TUS50 has a laminate Walnut top with an engraved Salamander design around the sound hole. Who doesn’t love a Salamander? 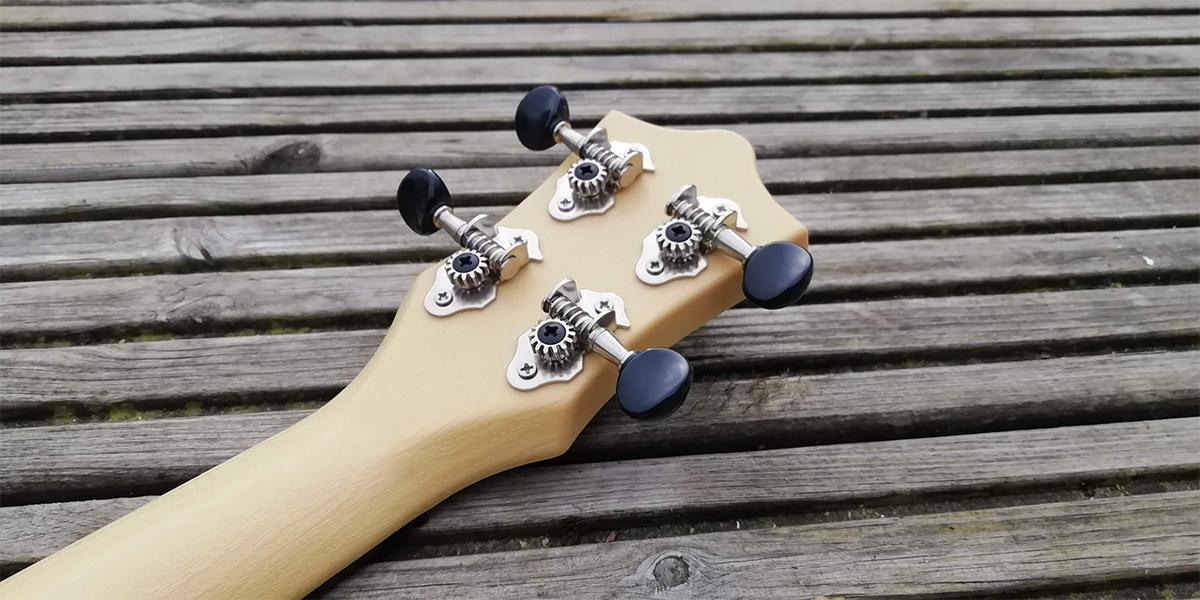 It has 15 frets on the ABS fretboard, 12 up to the body and has a set of standard open-backed geared tuners on the headstock. It’s strung with Aquila (what else?) and comes with a decent padded gig bag. All of this will cost you €55 (Euros as Flight are based in Slovenia).

At this price, I think it makes plenty of sense to have a slotted bridge and that’s exactly what Flight have done here. String changes are going to be that little bit easier which is ideal for the beginner. 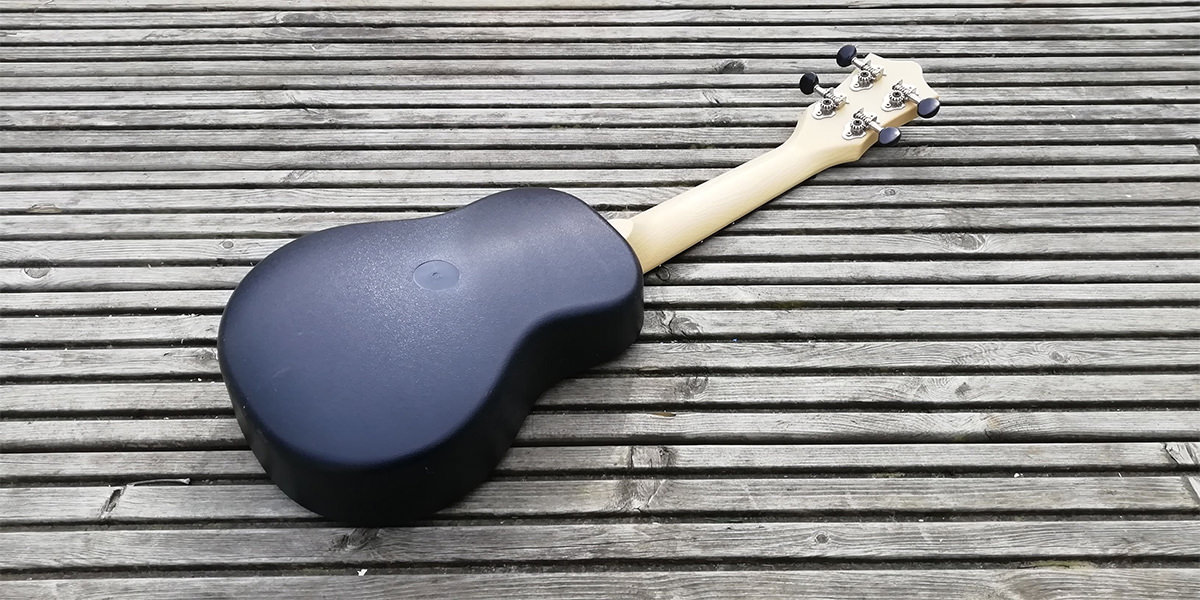 It’s quite a pleasant looking ukulele. I think the combination of the walnut top alongside the ABS fretboard works well and I like the styling of the headstock too. As with pretty much all plastic ukuleles I’ve looked at, the build quality is good (hard to get these things wrong) and it feels pretty good quality in the hand. 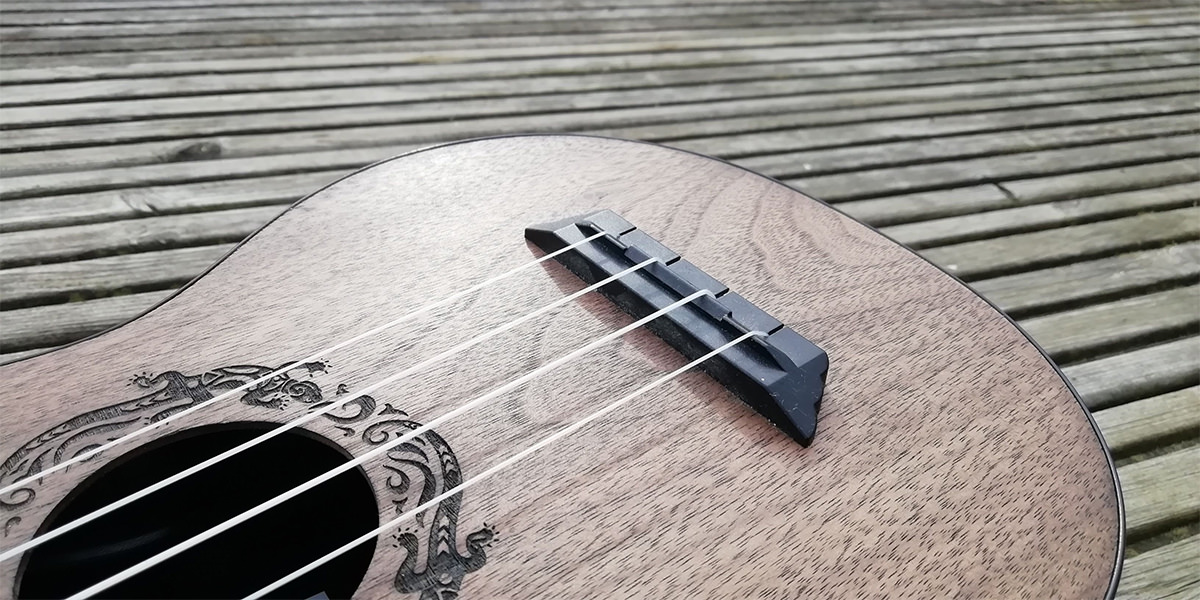 I like the curved back on this ukulele, it’s comfortable against the body and it’s a well balanced instrument. I have to say that I do find it quite difficult to stand up and play this one without a strap, despite the plastic back having a little grain it still slips away a touch (maybe I should stop wearing silk pyjamas all of the time). 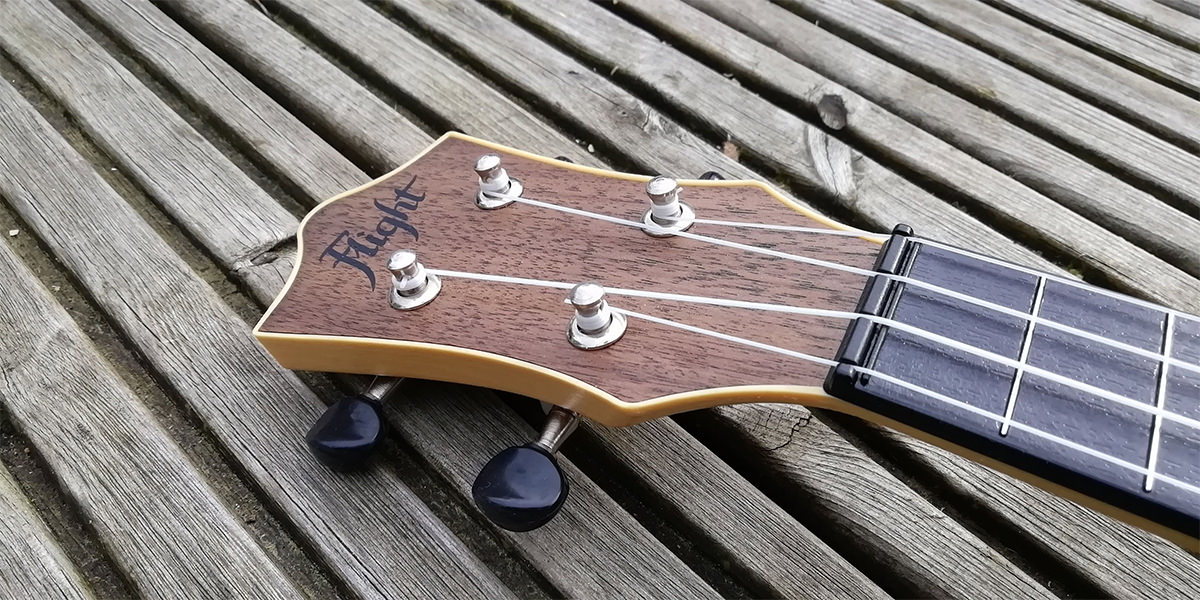 One of the reasons this ukulele gets classed as a travel ukulele is the durability of the plastic. It’s going to stand up a little more solidly to bumps and dings and obviously the plastic is going to be better when it comes to water splashes for those that are playing at the beach/pool/lake.

Almost all of the plastic ukuleles I’ve played have a booming quality that I really like (not everyone likes this though) and that was certainly true of the very similar Mahilele. That said, this one sounds a little more mellow but maybe this is just time playing tricks on my ears. The sound is pleasant enough and it’s way better than that of the fully plastic Makala Waterman. It certainly stands up against any similarly priced laminate ukuleles that I’ve played over the years. 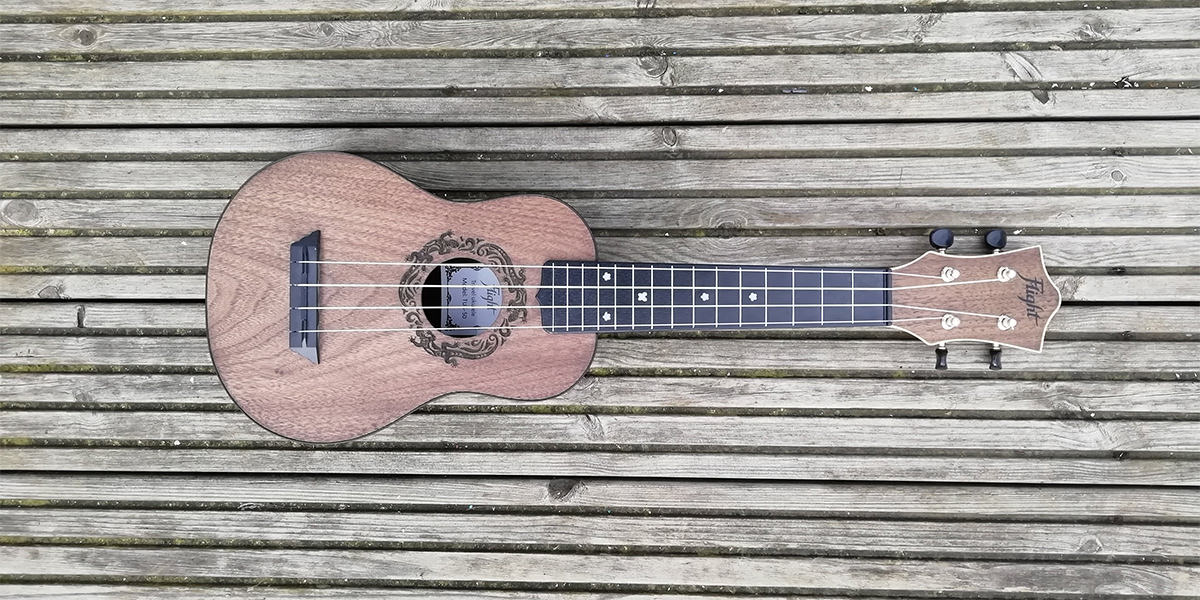 I can try and talk about the sound all day but I’ll never really be able to convey it accurately. The best thing that you can do is listen to the sound clips that I’ve included below and let your own ears decide.

There are ukuleles I’ve played which seem to favour either picking or strumming but I’d say the TUS50 performs equally whether strummed or picked, so if you’re player does a little bit of everything you should be happy enough here. 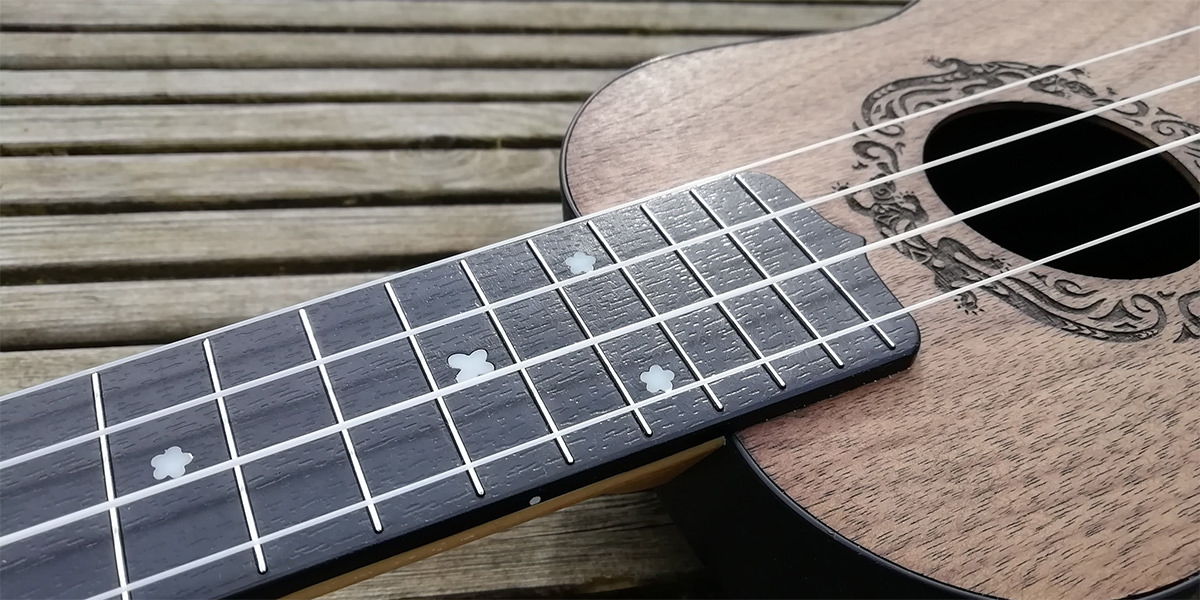 When it comes to playing, as I think all plastic ukuleles should have, it’s got a great action which makes it relatively easy to play.

At €55 the TUS50 is going up against other plastic ukuleles and entry-level laminates and it holds up on it’s own merit. It’s plenty playable, looks pretty good and has that durability that make it an instrument that you can be a little less worried about.

I’d say it’s more appropriate than the Waterman is for younger children as it doesn’t suffer from the same super-high action. Definitely worth a look if you don’t mind the idea of owning a semi-plastic ukulele. All in all, a good ukulele for the money.